India vs Afghanistan: Mohammed Shami will be the only forced change for Team India against Afghanistan as Bhuvneshwar Kumar has suffered a hamstring niggle 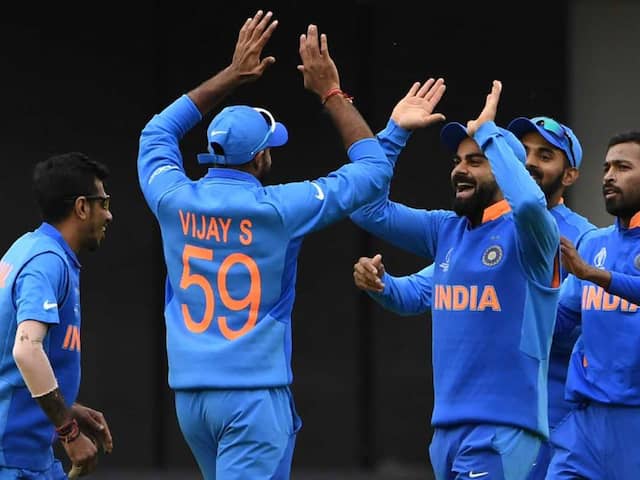 India vs Afghanistan: India will face minnows Afghanistan at the back of unbeaten run© AFP

India will face minnows Afghanistan at the back of an unbeaten run in the World Cup 2019 at The Rose Bowl in Southampton on Saturday. However, from the last week India have seen quite a few players being sidelined due to injuries. With the Afghanistan clash, seemingly to be a lopsided affair, India will not look to experiment with their playing XI. Fast bowler Mohammed Shami will be the only forced change for Team India against Afghanistan as Bhuvneshwar Kumar has suffered a hamstring niggle. All-rounder Vijay Shankar, who sustained an injury scare at the nets has ruled himself fit and will be in action for the Virat Kohli's side, which also rules out Rishabh Pant from finding a place in the team.

Afghanistan skipper Gulbadin Naib will be looking to field the same team against heavyweights India. His marquee spinner Rashid Khan, might have conceded plenty of runs in the previous match but he knows a thing or two about the Indian batsmen.

In fact, the spin trio of Rashid, Mohammad Nabi and Mujeeb Ur Rahman will come in handy for Afghanistan and will look to put a dent on the Indian batting line-up early in the match.

Gulbadin Naib Cricket
Get the latest Cricket news, check out the India cricket schedule, Cricket live score . Like us on Facebook or follow us on Twitter for more sports updates. You can also download the NDTV Cricket app for Android or iOS.