"Became More Focused" After Not Being Selected For World Cup: Rishabh Pant

Rishabh Pant came in as a replacement for Shikhar Dhawan, who was ruled out of the World Cup with a fractured left thumb. 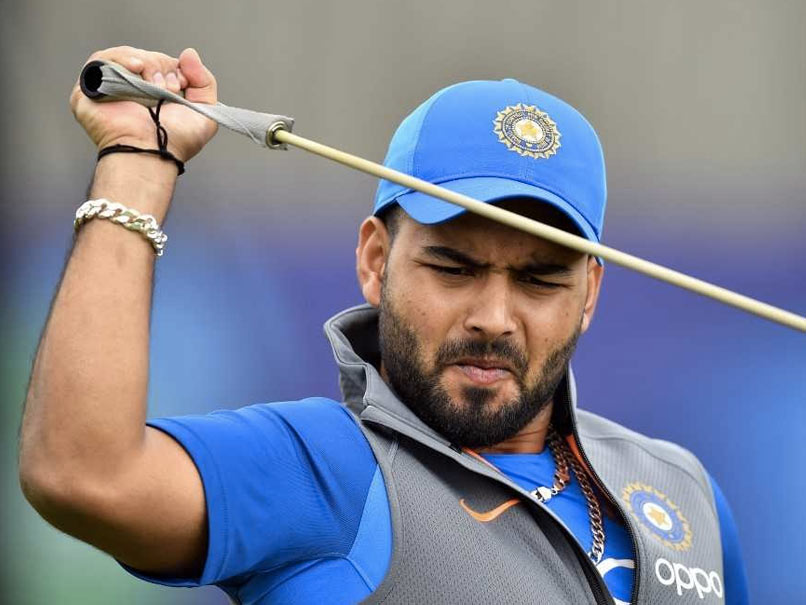 Rishabh Pant will be hoping to break into the India playing XI in upcoming World Cup matches.© AFP

Rishabh Pant is back in the thick of things after coming in as a replacement to the injured Shikhar Dhawan in the Indian team at World Cup 2019. Rishabh Pant not being part of the 15-member Indian World Cup 2019 squad created quite a storm. However, Rishabh Pant said the World Cup omission helped him "become positive and focused on how to improve". Pant's arrival might not come in the best of circumstances for the Indian team, having lost an in-form Shikhar Dhawan to a fractured thumb, but nonetheless the youngster will be a powerful addition the middle-order.

"When I didn't get selected, I thought may be I didn't do something right, so I became more positive and focused on how to improve myself. Then I did well in IPL. I kept practising. Everyone has one dream of making India win the World Cup. When I got to know that I have been called to England as a back-up for Shiki bhai (Shikhar Dhawan), my mother was with me, so I told her first. She went straight to the temple," Pant told India spinner Yuzvendra Chahal in a video posted by BCCI.

"It is one dream for all to make India win. When I came to know that I have been called to England as a back-up, my mother was with me. So I told her, she went to temple and paid her offerings.

"As a cricketer, from very young, I always thought of playing in at least one World Cup no matter what and performing for India. And now that I have got the call up, I am very happy."

MUST WATCH: #TeamIndia's latest inclusion in the side @RishabPant777 is elated post his selection in the squad & wants to win games for India #CWC19

Losing Dhawan due to a fractured thumb after his match-winning hundred against Australia was being seen as a big blow but KL Rahul's composed half century against a rampaging Mohammad Amir dispelled any such doubts.

It, however, remains to be seen if Pant will come into the playing XI for the match against Afghanistan. Vijay Shankar suffered an injury during a training session and remains in doubt. If Shankar is ruled out, Pant could come in as a specialist batsman with Dinesh Karthik and Kedar Jadhav also in the mix.

India go into the match against as one of only two unbeaten teams remaining in the tournament -- New Zealand being the other.

Bottom-placed Afghanistan, on the other hand, have larger problems to deal with after their coach Phil Simmons indicated via a tweet that he will reveal chief selector Dawlat Ahmadzai's role in the removal of Asghar Afghan as skipper in the 11th hour and the effect of his actions on the team's preparation for the World Cup 2019.

They are the only team not to register a point so far in the tournament.

Yuzvendra Chahal World Cup 2019 India vs Afghanistan, Match 28 Cricket
Get the latest updates on ICC T20 Worldcup 2022 and CWG 2022 check out the Schedule, Live Score and Medals Tally. Like us on Facebook or follow us on Twitter for more sports updates. You can also download the NDTV Cricket app for Android or iOS.