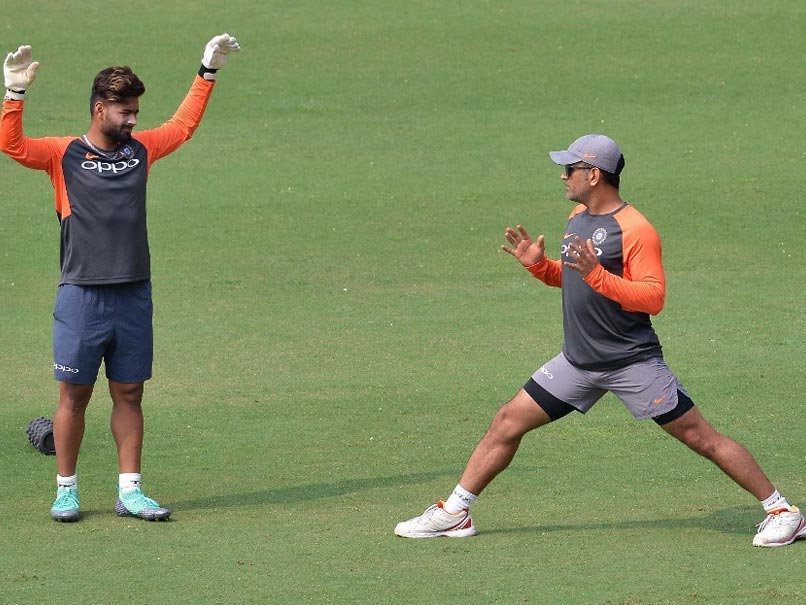 Rishabh Pant reached the milestone of 50 Test dismissals in only his 11th match.© AFP

Rishabh Pant might not be having the best of times with the bat in the West Indies, but the 21-year-old has been solid behind the stumps. While the young wicketkeeper has scored just 58 runs at an average of 19.33 in three innings in the Test series in the West Indies, he has taken a total of eight catches so far in the two Tests. On Day 3 of the second Test, Rishabh Pant caught Kraigg Brathwaite off the bowling of Ishant Sharma in West Indies' second innings to register his 50th Test dismissal as a wicketkeeper. Rishabh Pant reached the milestone in only his 11th Test, same as Adam Gilchrist, thus surpassing MS Dhoni to become the fastest Indian wicketkeeper to 50 Test dismissals.

MS Dhoni had taken 15 Tests to reach the landmark. The overall list is headed by three cricketers -- Mark Boucher, Jonny Bairstow and Tim Paine -- all of whom claimed 50 dismissals in just 10 Tests.

Pant has so far taken 48 catches in total in Test cricket but has only two stumpings to his name.

In the first Test against the West Indies, Pant took five catches while he has taken three so far in the second, which India is in complete control of.

He is expected to add to his tally on Day 4 of the second Test with India needing eight more wickets to complete a whitewash over the hosts in the two-match Test series.

India reduced the home side to 45 for two at stumps after setting them the improbable target of 468 on the third day.

Having declined to enforce the follow-on after the Caribbean team were dismissed at the start of the day for 117 to trail by 299 runs on first innings, India captain Virat Kohli declared his side's second innings at 168 for four in the day's final session.

Left to negotiate 13 testing overs from India's pace attack before the close of play, West Indies lost openers Kraigg Brathwaite and John Campbell to Ishant Sharma and Mohammed Shami respectively, leaving Darren Bravo – who survived a blow on the helmet in the final over of the evening from Jasprit Bumrah – and Shamarh Brooks to carry the fight into the fourth day.