MS Dhoni was not included in the 15-man squad for the three-match T20 International series against South Africa. 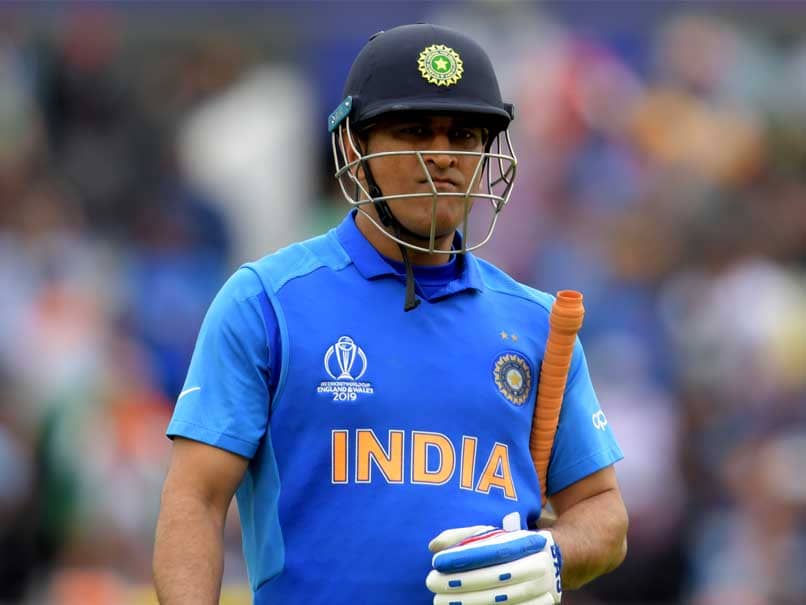 MS Dhoni was omitted from India squad even though the official reason is his "unavailability".© AFP

MS Dhoni was not included in the 15-man squad for the three-match T20 International series against South Africa. While MS Dhoni is currently on a two-month sabbatical from cricket following the World Cup 2019, many fans and critics doubt if the former India skipper was in actual contention for the wicket-keeper's slot. Former India captain Sourav Ganguly feels he didn't expect MS Dhoni to be "picked" for the upcoming T20I series as young wicket-keeper Rishbah Pant deserves more chances at this stage.

"No, I didn't expect him to be picked for this series (against South Africa)," Ganguly replied when asked if he was surprised with Dhoni's omission even though the official reason is his "unavailability".

"You could make out from West Indies (T20) series, that they (team management) wanted to give Rishabh a chance. They want to pursue with him, which is rightly so. Because when MS came in young, he was also persisted with," said Dhoni's first international captain.

However, one of India's best captains agreed that it's a tricky situation which skipper Virat Kohli needs to deal with.

"I think Virat is very important as to what he is communicating to Dhoni. What he (Kohli) expects of him (Dhoni) is very hard to say. But I don't think anybody should jump the gun and pass a statement," said the 47-year-old former skipper.

"I don't know what's the communication between, Dhoni, the selectors and the team management. I am a bit far off from those discussions," he added.

For every elite athlete at the business end of their careers, a situation comes where they have to take a hard call, feels Ganguly.

"For every cricketer, there comes a stage and it hasn't left any athlete --whether its Maradona, Sampras, Tendulkar and now Dhoni. When you get to that sort of an age, you will get to that kind of a situation.

"If Virat and team management expects Dhoni to comeback and play, he will play, if they feel like moving forward, they would move forward. Of course, the selectors will also play an important role," he opined.

Ganguly also doesn't want Pant to be compared to a legend like Dhoni. Asked if there is this "elephant in the room" (Dhoni) for Pant, Ganguly sounded dismissive.

"There is no elephant in the room. Rishabh is no MS Dhoni and will not become MS Dhoni in the next 3-4 years. It took 15 years for MS Dhoni to become 'the MS Dhoni'."

"Dhoni is a special breed in Indian cricket," said Ganguly, who also works with Pant as a "Mentor" of Delhi Capitals.

But at the same time, he finds it baffling that there were calls from some quarters to drop the young keeper-batsman just because he has failed in one match despite his phenomenal Test record.

Kohli is on the verge of becoming India's most successful Test captain with 28 wins if his team wins the ongoing second Test against the West Indies in Kingston.

"Virat is a tremendous captain and he is getting better and better. He was criticised when he wasn't doing well for RCB in the IPL and even then I had said that I believe he is a good captain. I think he has progressed well," he said.

The West Indies team has been on a steady decline in the past few decades.

While Ganguly doesn't want to compare Caribbean outfits from the past, he is a bit taken aback by their lack of positive intent.

"But I am surprised with the way West Indies play Test cricket. They enjoyed winning tosses and putting opposition in and batting on 4th day when they have no chance," he concluded.