Jasprit Bumrah joined Irfan Pathan and Harbhajan Singh as the only Indian bowlers to claim a hat-trick in Test matches. 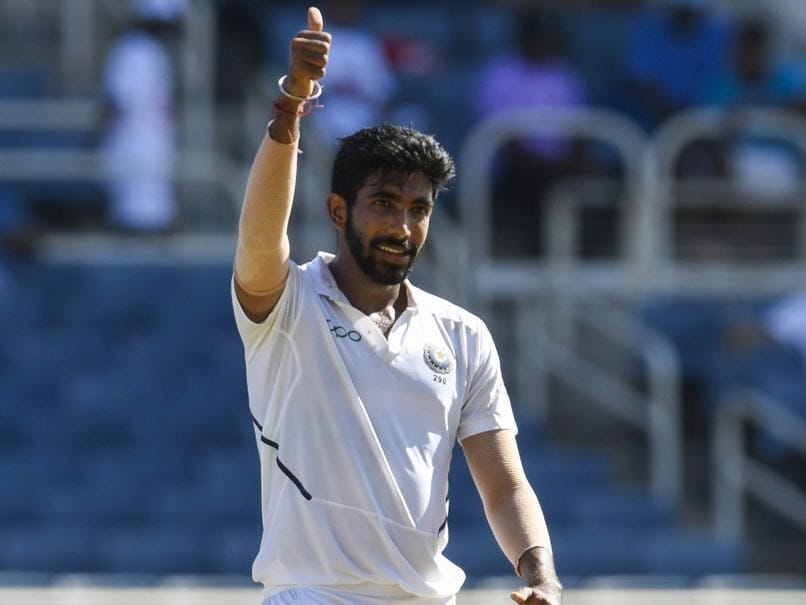 Jasprit Bumrah became the third Indian to claim a hat-trick in Test cricket. Bumrah displayed exceptional bowling skills against the West Indies in Jamaica as he took hisfifth five-wicket haul in Test cricket on Saturday. In the process, Jasprit Bumrah joined the likes of Harbhajan Singh and Irfan Pathan, who had achieved the feat (taking a hat-trick) in Test matches against Australia and Pakistan, respectively. This was Bumrah's second five-wicket haul in two innings, the 25-year-old had picked up a five-wicket haul in the second innings of the first Test against the West Indies in Antigua.

Coming on for a second spell in the home side's reply to India's first-innings total of 416, the 25-year-old fast bowler dismissed Darren Bravo, Shamarh Brooks and Roston Chase off successive deliveries in his fourth over to join seamer Irfan Pathan and spinner Harbhajan Singh as the only Indian cricketers to have taken Test hat-tricks.

Bumrah's achievement was unusual in that it necessitated a review of the third decision to confirm the dismissal.

Bravo was caught by KL Rahul at second slip, Brooks trapped leg-before -- a decision he reviewed but was shown to be correct -- and then Indian captain Virat Kohli reviewed a not out verdict by standing umpire Paul Reiffel to an appeal against new batsman Chase.

That review via television replays and ball-tracking technology showed the ball to striking leg-stump, resulting in a reversal of the decision and triggering celebrations among the Indian players at Bumrah's historic achievement which reduced the West Indies to 13 for four.

His hat-trick was the 44th in Test history and the first since England spinner Moeen Ali against South Africa in 2017.

Jasprit Bumrah West Indies vs India 2019 West Indies vs India, 2nd Test Cricket
Get the latest updates on Fifa Worldcup 2022 and check out  Fifa World Cup Schedule, Stats and Live Cricket Score. Like us on Facebook or follow us on Twitter for more sports updates. You can also download the NDTV Cricket app for Android or iOS.