Virat Kohli heaped praise on fast bowler Jasprit Bumrah who ran through the West Indies top-order on Sunday to help India wrap the Antigua Test with one day to go. 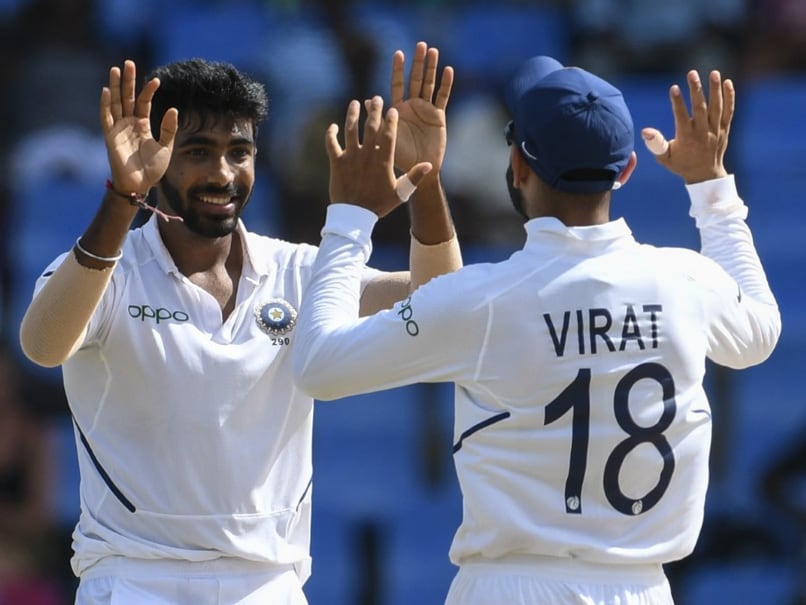 Jasprit Bumrah returned with figures of 5/7 in the second innings in Antigua.© AFP

Virat Kohli heaped praise on fast bowler Jasprit Bumrah who ran through the West Indies top-order on Sunday to help India wrap up the Antigua Test with one day to go. Bumrah, playing for the first time after World Cup 2019, returned with figures of 5/7 in the second innings in Antigua. Delighted with Bumrah's performance, Kohli admitted that Bumrah will play a key role in India's World Test Championship campaign hence it is important to manage his workload.

"Bumrah's workload is most important which is why he didn't play any white-ball games (vs WI) after the World Cup. He will be a key factor for us as long as the World Test Championship continues," Kohli said after the match.

Speaking after the match, Kohli accepted that India's playing XIs in Test matches are a subject of intense debate but insisted that all decisions are taken keeping in mind the "best interests of the team".

"We have a group discussion and then we decide what's best for the team. There will always be opinions about the XI, but people will know that it's in the interest of the team," Kohli said at the post-match presentation ceremony.

Kohli chose Ravindra Jadeja as the only spinner and he proved his selection right by scoring a timely half-century and taking a couple of wickets in the first innings.

Kohli's preference for the young Hanuma Vihari over limited-overs vice-captain Rohit Sharma also worked wonderfully with the Andhra Pradesh-player scoring 93 in the second innings after looking good during a 32 in the first essay.

"Vihari got a nod because combination is important. He's an effective part-time bowler and helps us when we need to catch up with the over-rate."

The second and the final Test of the series starts on Friday in Jamaica.

India Cricket Team Sir Vivian Richards Stadium, Antigua West Indies vs India 2019 Cricket West Indies vs India, 1st Test
Get the latest updates on SA vs IND 2021-22, check out the Schedule and Live Score . Like us on Facebook or follow us on Twitter for more sports updates. You can also download the NDTV Cricket app for Android or iOS.