Shreyas Iyer scored a crucial 65 to ensure that India overcame a shaky situation to beat the West Indies in the third One-day International (ODI). 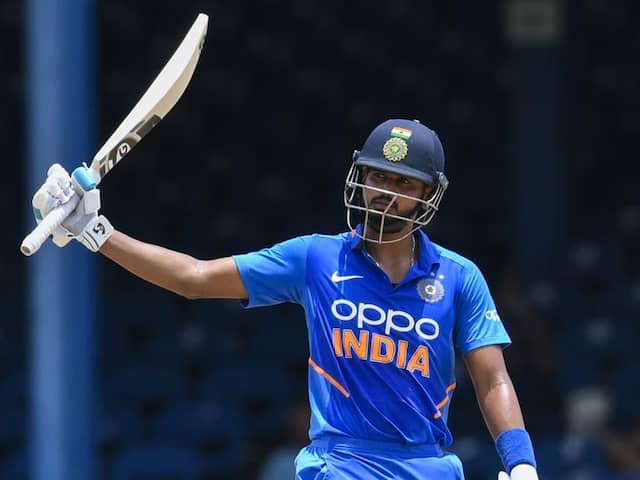 Shreyas Iyer stepped into bat when India were in a spot of bother.© AFP

Shreyas Iyer made his debut on Chahal TV on Friday and spoke in length about his crucial knock in the third One-Day International (ODI) against the West Indies, which took off the pressure from India skipper Virat Kohli. Shreyas Iyer stepped into bat when India were in a spot of bother at 92/3 and helped the complexion of the match change completely in India's favour. Shreyas Iyer scored a quick-fire 65 and forged a crucial 120-run stand with Virat Kohli, helping India chase down the target with ease. Later, on Chahal TV, Iyer revealed what kept him going in tough situations.

What are @yuzi_chahal & Shreyas up to in this final episode of Chahal TV from the Caribbean? By @28anand

"I am very happy, want to come out to bat in these kinds of tough situations when everybody in the dressing room is nervous," Iyer told Chahal. "I love it because the complexion of the match can change any time, and anything can happen in the team position."

Chahal asked Iyer if he had hit a big six as revenge, since Chahal himself had been carted out of the ground by Nicholas Pooran.

Asked what was behind the big knock, Iyer said, "I did my (normal) routine in the morning and had three eggs for breakfast."

Iyer scored two consecutive half-centuries in the ODI series against the West Indies, with the high score of 71. He was included in the Team India squad for the limited-overs after his prolific run for India A.

Yuzvendra Chahal West Indies vs India 2019 Cricket
Get the latest Cricket news, check out the India cricket schedule, Cricket live score . Like us on Facebook or follow us on Twitter for more sports updates. You can also download the NDTV Cricket app for Android or iOS.