Hanuma Vihari brought up his maiden Test century in 200 balls. 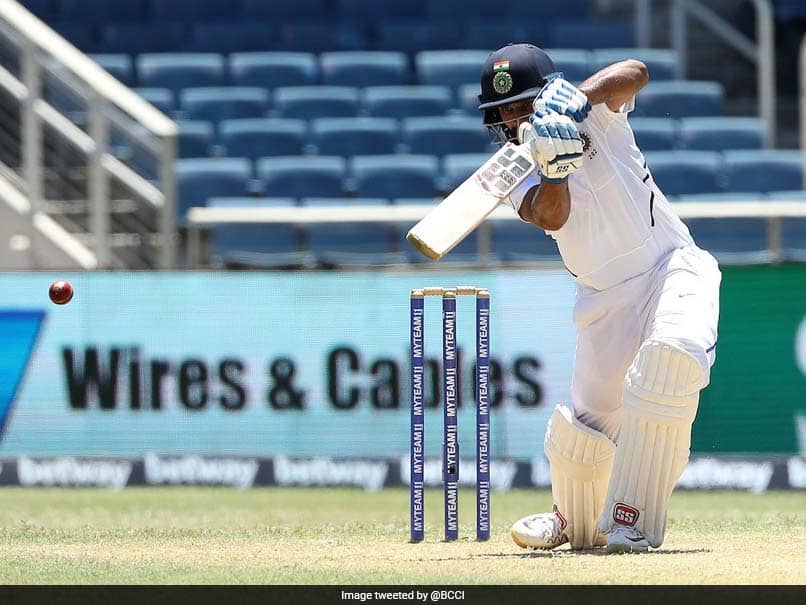 Hanuma Vihari continued his good run with the bat against the West Indies.© Twitter

Hanuma Vihari scored his maiden Test hundred in Jamaica on Saturday. With the hundred, Vihari became the second Indian player to score a century in World Test Championship after Ajinkya Rahane's ton in Antigua in the previous Test match. The 25-year-old resumed his innings from 42, his overnight score and stitched together important partnerships with Ravindra Jadeja and Ishant Sharma to take India to a commanding position in the second Test at Sabina Park. Vihari put on 38 runs with Jadeja after losing the wicket of Rishabh Pant on the first ball of the second day's play. Also, Ishant Sharma, who came into bat at number nine, went onto to score his maiden Test half-century.

Windies skipper Holder, who bowled brilliantly on Day 1 to dismiss India counterpart Virat Kohli (76) among others, was the pick of the bowlers with figures of 5/77. Vihari and Ravindra Jadeja then added 38 for the seventh wicket before debutant Rahkeem Cornwall (2/97) had Jadeja caught at mid-on by Darren Bravo.

Jadeja showed a lot of patience for his 16 from 69 balls but Cornwall won the battle of attrition with a length ball outside off which the Saurashtra allrounder slogged to Bravo.

At the other end, there was no stopping Vihari who went about his job with poise and showed composure of the highest order.

Ishant and Vihari put on 112 runs for the eight wicket before Ishant Sharma (57) was caught in the deep off Kraigg Brathwaite. Hanuma Vihari was the last man to depart as India were bowled out for 416 in the first innings.

Ishant Sharma West Indies vs India 2019 West Indies vs India, 2nd Test Cricket
Get the latest updates on IPL 2021, IPL Points Table , IPL Schedule 2021 , live score . Like us on Facebook or follow us on Twitter for more sports updates. You can also download the NDTV Cricket app for Android or iOS.