Ajinkya Rahane brought up his 10th Test century in 235 balls. 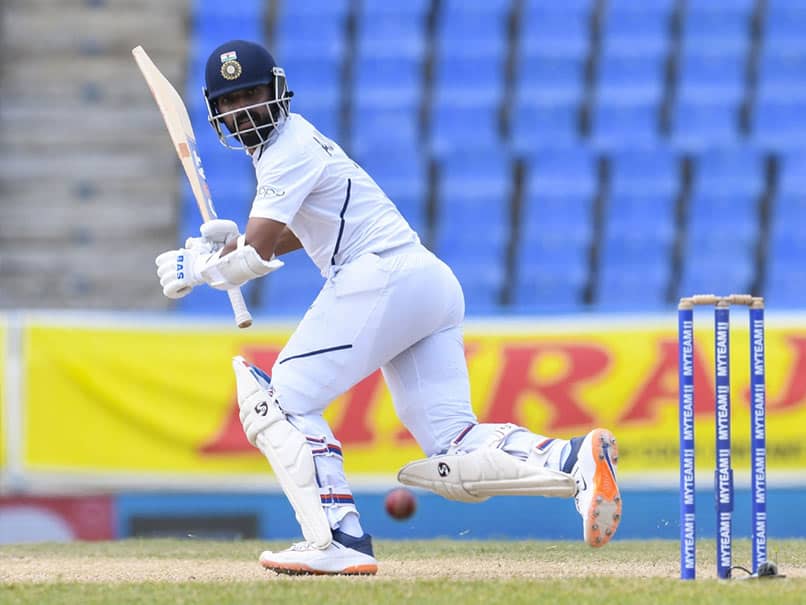 Ajinkya Rahane continued his fine run in the Antigua Test to score his 10th century in the longest format of the game, which also marked his first in the World Test Championship. Ajinkya Rahane, who scored 81 runs in the first innings, bettered his game to score a century off 235 balls. He also stitched key partnerships with Virat Kohli and Hanuma Vihari to keep India on top throughout the second innings. After labouring through a wicketless final session of day three, the West Indies struck in the second over of the morning when Roston Chase removed Virat Kohli before the Indian captain had added to his overnight score of 51.

Attempting to turn a full-length delivery to the on-side, the ball took a leading edge for John Campbell to take the catch at the second attempt at short extra-cover and give Chase his third wicket of the innings.

However Vihari, who scored an unbeaten century as captain of the Indian 'A' team against their West Indies counterparts in an unofficial Test two weeks earlier in Trinidad, started positively and not even the introduction of the second new ball could stem the flow of runs.

West Indies captain Jason Holder would have been relying on his two premier pacers -- Kemar Roach and Shannon Gabriel -- to make further inroads into the Indian batting line-up.

However, Gabriel seemed to be troubled by a foot injury while good fortune continued to evade the impressive Roach.

It left Holder himself to shoulder much of the bowling responsibility as Miguel Cummins, the fourth of the seam bowling options for the home side, was again off the field nursing an injury for much of the morning session.

By the time the lunch interval was approaching the West Indies looked a deflated team on the field as runs flowed off the bats of Rahane and Vihari, the hundred partnership coming up with a single off the last delivery off the session to confirm the extent of India's dominance of a session where they added 102 runs off 29 overs for the loss off only Kohli's wicket.