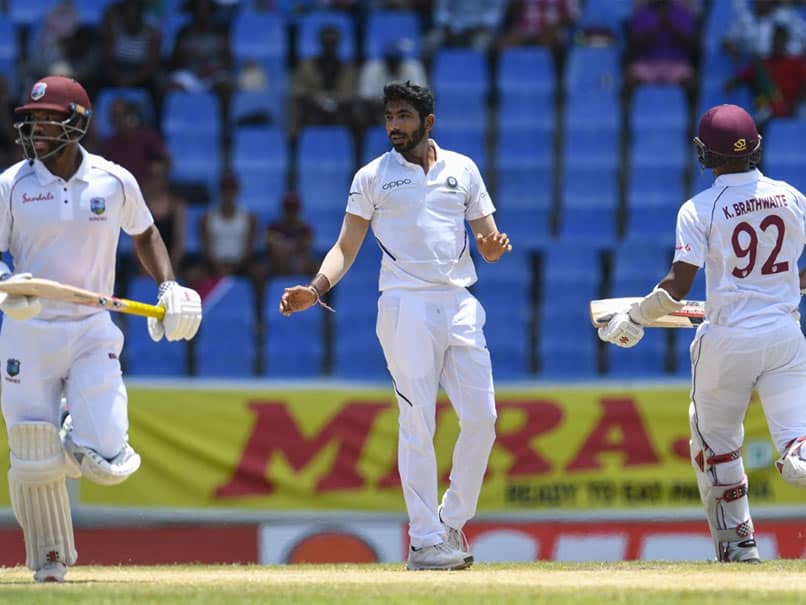 West Indies vs India Highlights: John Campbell and Kraigg Brathwaite off to a positive start.© AFP

Jasprit Bumrah's five-wicket haul gave India a massive 318-run win on the fourth day of the first Test against the West Indies in Antigua on Sunday. Chasing a mammoth total 419 runs, the West Indies lost half of their side inside for 15 runs inside eight overs. Bumrah bowled eight overs in his opening spell to finish with exceptional figures of five for seven. Ishant Sharma also chipped-in with three wickets while Mohammed Shami picked two to dismiss the West Indies for 100 runs in second innings. With the win, India have taken unassailable lead of 1-0 in the two-Test series. The second Test match will be played on August, 30 in Jamaica. (SCORECARD)