Watch: Shikhar Dhawan Gets 'Knocked Out' By Father After Punjab Kings Fail To Qualify For Playoffs

In the lighthearted video, Shikhar Dhawan can be seen rolling around on the floor as his father playfully beats up him. 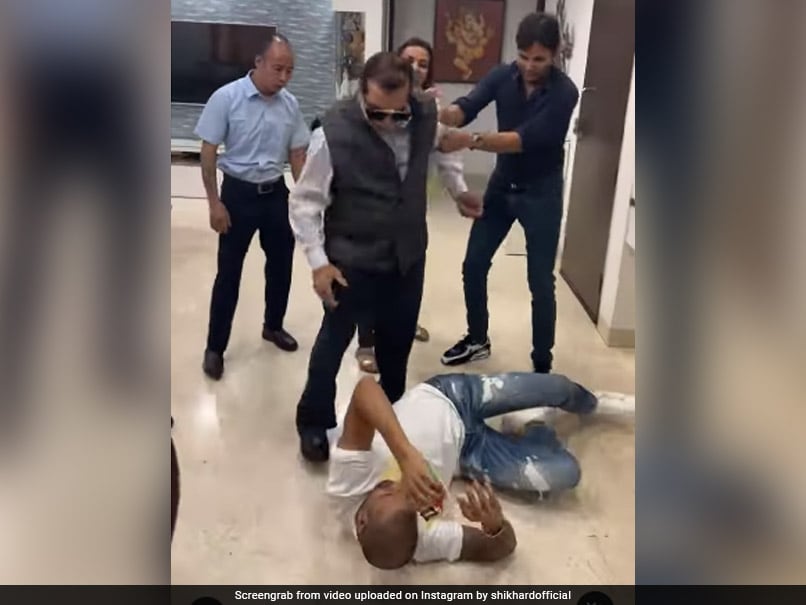 Shikhar Dhawan had another impressive IPL season with the bat, but his team Punjab Kings failed to qualify for the Indian Premier League 2022 playoffs. The veteran batter, who had joined PBKS ahead of the start of the season, scored 460 runs in 14 matches at an average of 38.3. However, he would've hoped to take his team to the playoffs. Dhawan, who is also known for his funny social media posts, shared another video on Instagram as he tried to make his fans laugh.

In the lighthearted video, Dhawan can be seen being playfully beaten by his father while his family members try to stop him.

"Knock out by my dad for not qualiying for knock outs," Dhawan captioned the video.

PBKS finished sixth in the IPL points table with seven wins from 14 outings.

The Mayank Agarwal-led side had started the season on a high but their inability to stitch back-to-back wins saw them miss out on a playoffs birth.

Despite his excellent return with the bat, Dhawan was ignored by the BCCI for the India's upcoming T20I series against South Africa.

India will play five T20Is against the Proteas, starting June 9.

Shikhar Dhawan IPL 2022 Cricket
Get the latest updates on ICC T20 Worldcup 2022, check out the Schedule and Live Score. Like us on Facebook or follow us on Twitter for more sports updates. You can also download the NDTV Cricket app for Android or iOS.