Yashasvi Jaiswal, 17, made a serious packet in the IPL Auction 2020, as Rajasthan Royals sealed off a Rs 2.40-crore sale. 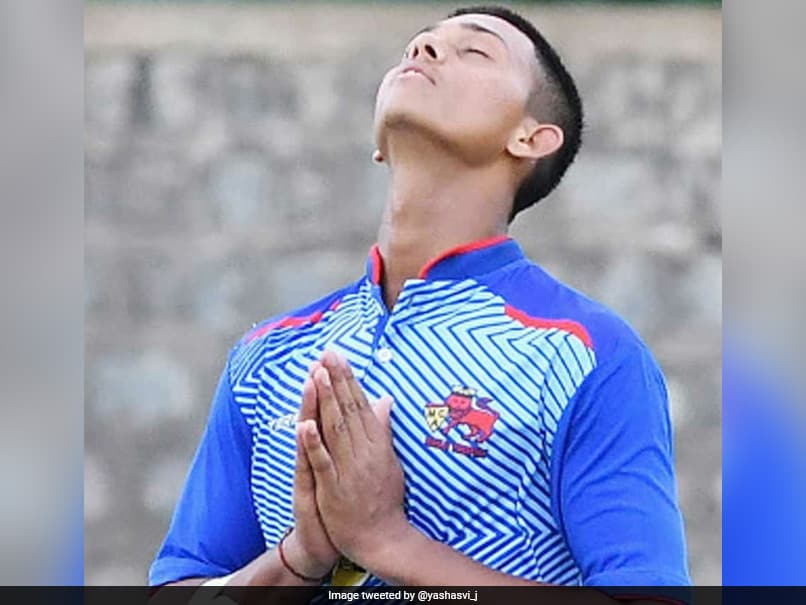 Yashasvi Jaiswal, a 17-year-old cricketer from Mumbai, was picked by Rajasthan Royals for a whopping Rs 2.40 crore in the Indian Premier League (IPL) 2020 Auction on Thursday. This was a turn of fortune for the teenager as not more than two years ago he used to sell pani puri on the streets of Mumbai to earn a living. While there were many players who went for a lot more than what Jaiswal got in the auction, his situation is no less than a fairytale. Jaiswal rose to the limelight earlier this year as he became the youngest batsman to score a 50-over double-hundred. He broke the record playing against Jharkhand in a Vijay Hazare Trophy match.

As per media reports, the situation was not very good for the youngster as he used to sleep with groundsmen at the Muslim United Club's tent at the Azad Maidan ground in Mumbai.

"This was after I was asked to leave the dairy at Kalbadevi. After playing cricket the entire day, I would get tired and go to sleep. One day, they threw out my luggage saying I do nothing, don't help them and only sleep," Jaiswal had said in his interview given to Indian Express.

"During Ram Leela, I earned well. I prayed that my teammates would not come there for pani-puri. Sometimes they did and I would feel bad serving them," Jaiswal added.

After all the years of struggle, Jaiswal's fortunes have turned drastically this year as he is one of brightest young prospects in the country.

He has also been picked in India's Under 19 side which will participate in the age-group World Cup in South Africa next year.

India U19
Get the latest updates on SA vs IND 2021-22, check out the Schedule and Live Score . Like us on Facebook or follow us on Twitter for more sports updates. You can also download the NDTV Cricket app for Android or iOS.