At 17 years and 292 days, Yashasvi Jaiswal scored 203 runs during the Vijay Hazare trophy Elite Group A match between Mumbai and Jharkhand. 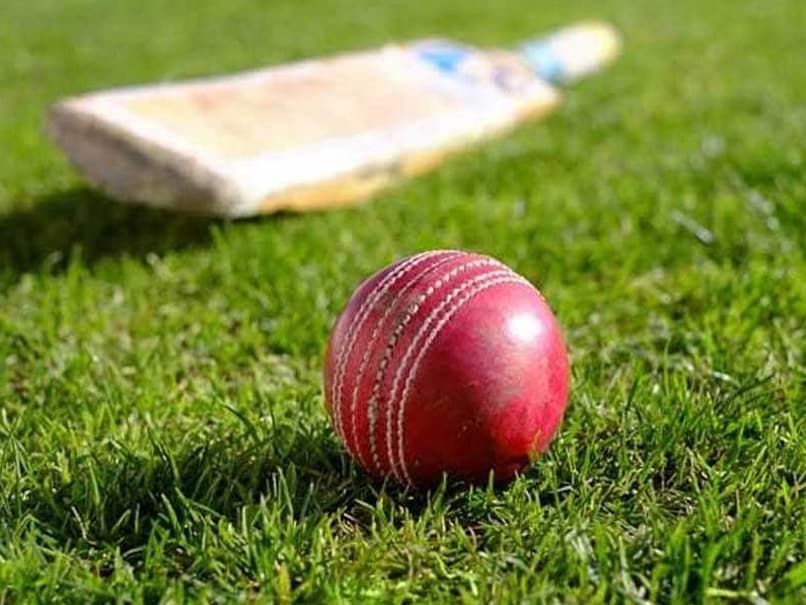 Seventeen-year-old Yashasvi Jaiswal struck a blazing 203 as Mumbai beat Jharkhand by 38 runs in their final Elite Group A match of the Vijay Hazare Trophy on Wednesday. The left-handed Jaiswal, at 17 years and 192 days, became the youngest Indian to score a double hundred in List Acricket. His knock comes just days after Kerala wicket-keeper batsman Sanju Samson hit an unbeaten 212 in the Hazare Trophy. Riding on Jaiswal's quickfire double hundred, Mumbai posted 358 for 3 in 50 overs and bowled out the opposition for 319. Jaiswal took the opposition bowlers to task and played round the park in his usual aggressive fashion at the Alur Cricket Stadium. He struck 17 fours and 12 sixes and also built a mammoth 200-run stand with experienced wicket-keeper batsman Aditya Tare, who played a perfect second fiddle with a knock of 78 off 102 balls.

Tare hit six boundaries and a lone six as the opening pair laid the foundation for a big score.

Tare's departure in the 35th over had no impact on Jaiswal, who was already among the runs in the national ODI tournament.

Jaiswal kept playing his shots at will and completed a memorable double hundred, his first in List A cricket.

One drop batsman Siddhesh Lad (32) and skipper Shreyas Iyer (31 not out) also chipped in as Mumbai went past the 350-run mark.

Jharkhand bowlers including former India pacer Varun Aaron had an off day in the field.

Aaron went for 77 runs in his 10 overs without a wicket. Jharkhand were teetering at 66 for 3 at one stage, but then Virat Singh (100) and Saurabh Tiwary (77) stitched a crucial 171-run stand for the fourth wicket.

However, when it looked like the duo was taking the game away from Mumbai, Lad sent back Tiwary and shortly after that Virat Singh gave a catch to Shreyas Iyer off Dhawal Kulkarni as Jharkhand slumped to 267/5.

Anukul Roy hit a 40-ball 46 to keep his side in the hunt but once he walked back to the pavilion it was all but over for Jharkhand as they were dismissed for 319.

For Mumbai, pacer Dhawal Kulkarni ended with figures of 5 for 37.

Meanwhile, Karnataka opener Devdutt Padikkal slammed unbeaten 102 as they defeated Goa by eight wickets in their last Elite Group A match at the Alur Cricket Stadium.

Put into bat, Goa were bundled out for 171 and later Karnataka chased down the target in 34.2 overs.

In another Group A game, Kerala defeated Andhra by six wickets as they chased 231 run target with ease, courtesy opener Vishu Vinod's 139.

Comments
Topics mentioned in this article
MUM JHA Cricket
Get the latest updates on India vs South Africa and check out  Schedule, Results and Live Score. Like us on Facebook or follow us on Twitter for more sports updates. You can also download the NDTV Cricket app for Android or iOS.