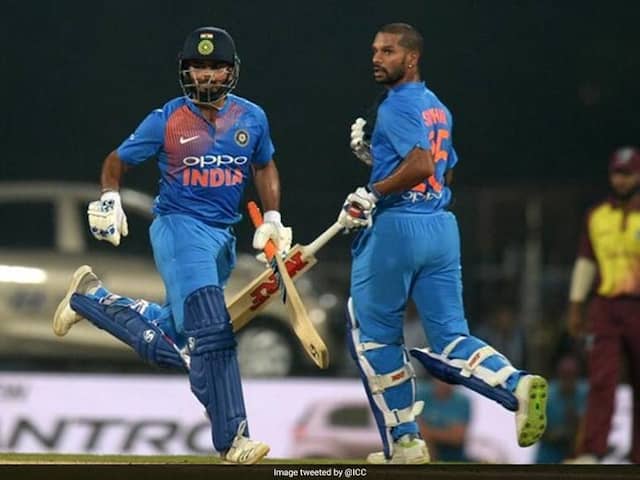 Rishabh Pant, Shikhar Dhawan and Navdeep Saini have made themselves available for the upcoming Vijay Hazare Trophy which will be played from September 24 to October 13, Delhi & District Cricket Association (DDCA) tweeted. All three cricketers are part of the Indian team in one format or the other and their availability for a domestic tournament will certainly strengthen Delhi's chances going into the country's premier one-day tournament. The India team's international schedule makes Dhawan and Saini available for the entire tournament as they are only part of Twenty20 squad but that is not the case with Pant as he will also feature in the Test series against South Africa which starts on October 2.

Hailing the move, DDCA President Rajat Sharma said: "It's really heartening to see that Rishabh, Shikhar and Navdeep opted to play for Delhi at first available opportunity. Virat and Ishant also want to help Delhi cricket and I am sure they will also take the field whenever possible.

"It was a promise they made to all Delhi cricket fans at the Annual Awards recently. It shows that DDCA and the players are on the same page to take Delhi cricket to greater heights and win titles."

DDCA took to Twitter to make the announcement of the trio's availability and said that the senior selection committee will finalise the Delhi squad shortly.

Former stars like Sunil Gavaskar have always been vocal about how India players should be a part of domestic tournaments when not playing for the country.

"If the Indian team has to do well, players have to be in prime form and for that they have to play cricket," he had said.

Shikhar Dhawan Navdeep Saini Cricket India vs South Africa, 2019
Get the latest Cricket news, check out the India cricket schedule, Cricket live score . Like us on Facebook or follow us on Twitter for more sports updates. You can also download the NDTV Cricket app for Android or iOS.