DDCA director Sanjay Bhardwaj has written to BCCI Electoral Officer and pointed that the body has not fulfilled some of the criteria laid down by the Supreme Court in its order of August 9, 2018. 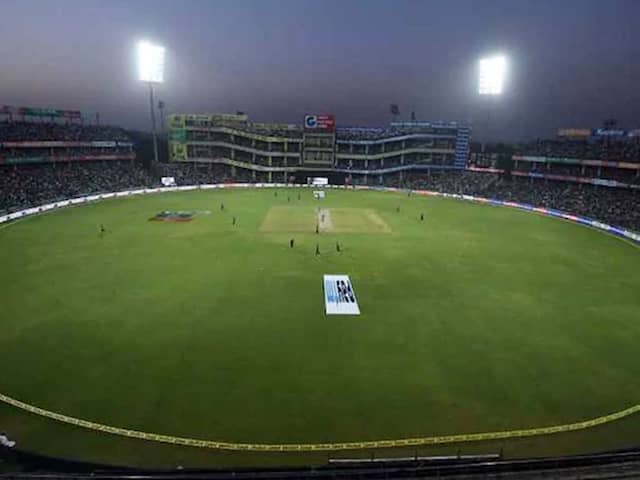 Sanjay Bhardwaj has listed the areas wherein the DDCA has violated the order of the Supreme Court.© AFP

The Delhi and District Cricket Association (DDCA) director Sanjay Bhardwaj has written to BCCI Electoral Officer N Gopalaswami and pointed that the DDCA has been wrongly considered a fully compliant association by the Committee of Administrators (CoA) despite it not fulfilling some of the criteria laid down by the Supreme Court in its order of August 9, 2018. In the mail, accessed by IANS, Bhardwaj has listed the areas wherein the DDCA has violated the order of the Supreme Court.

"The previous Article of Association (AOA) of DDCA was amended as per the Hon'ble Delhi High Court's direction/order dated 30/1/2017 and approved by the general body of DDCA in the last AGM held.

"Later the BCCI was directed by the Hon'ble Supreme Court through its order dated 9/8/2018 to amend and implement its constitution and BCCI asked its associate members to adopt their respective constitutions on similar lines within 30 days. The DDCA amended and adopted its constitution in the apex council consisting of 16 members instead of the general body of 4300 members, this adoption process is illegal.

"Further, the AOA is not in line with the Hon'ble SC directions on many accounts: The Treasurer of DDCA, an office bearer is a sitting MLA (member of legislative assembly of Delhi) whereas section (D) of clause 6 (5) of para 37 of the Hon'ble Supreme Court judgment dated 9/8/18 disqualifies a person who is a minister or a govt servant or holds a public office.

"There should be 9 members in the apex council. Instead, DDCA has 16 members. Out of the 16 members of the apex council, 4 members are govt nominees which is against the spirit of Lodha committee recommendations.

"As per the directions of Hon'ble Supreme Court, the associations out of the 9 members should have 1 male cricketer and 1 female cricketer from the players' association of the state whereas DDCA has none.

"The name of DDCA's representative for the BCCI should have been approved in the general body meeting but it has been approved by the apex council which is not authorised to do so.

"So on what basis the DDCA has been put in the category of "fully compliant" associations even after not fulfilling so many conditions of the Hon'ble Supreme Court directions/orders dated 9/8/19, which is law of the land," the letter read.

While the DDCA director has asked the Electoral Officer to look into the matter and take appropriate action, a senior BCCI functionary said that these were serious allegations made and is a cause for concern.

"A Director of the DDCA having raised such serious issues clearly shows that someone is bending over backwards in the case of some associations while taking a hardline and indulging in public posturing in case of others. This is a huge blow to the carefully manicured charade of independence of functioning.

"This communication makes it absolutely clear that the DDCA is not compliant and it raises a serious question as to how has it been branded as compliant. There is more to this than meets the eye. When a director of a company is raising such serious issues, it is worrying to note how they are being swept under the carpet. It seems there is a plan afoot to ensure that someone specific is elected in the BCCI elections that suits the present dispensation," the functionary said.