Irfan Pathan took to Twitter to pen a special message for his older brother Yusuf Pathan, who went unsold in the IPL auction 2020. 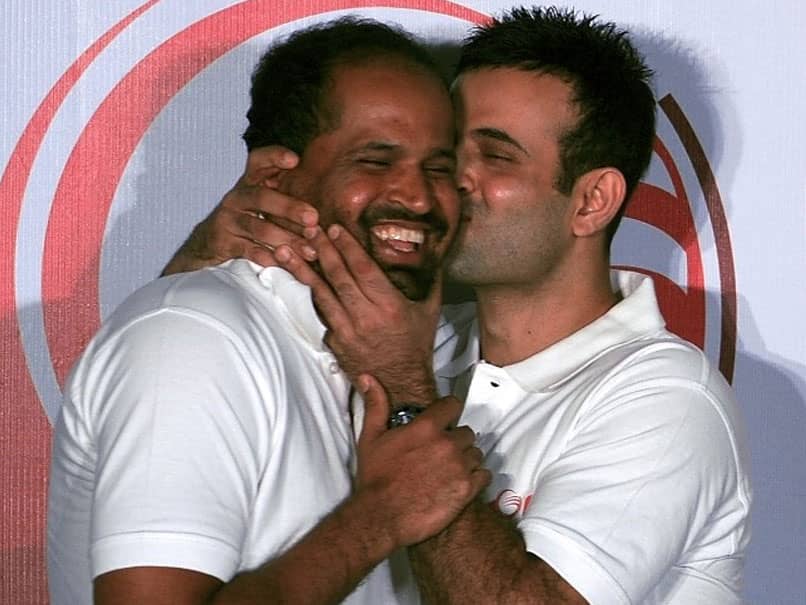 Yusuf Pathan was among some big names that went unsold in the IPL auction 2020 that was held on Thursday in Kolkata. Yusuf Pathan, who was released by the SunRisers Hyderabad franchise, had a base price of Rs 1 crore in the IPL auction 2020, but found no takers with most teams choosing to go after young players. Irfan Pathan took to Twitter to pen a special message for his older brother, saying: "Small hiccups doesn't define your career,you have been outstanding thru out. A real match winner. Love you always Lala."

Small hiccups doesn't define your career,you have been outstanding thru out. A real match winner. Love you always Lala @iamyusufpathan pic.twitter.com/h3tw3AjoGS

SunRisers Hyderabad had decided to let go of Yusuf Pathan. The franchise adopted a youth-friendly approach in the IPL auction, not going for the big names, instead buying five all-rounders out of the seven players they picked in Kolkata.

Yusuf Pathan had a nightmare outing in the 2019 IPL season. The all-rounder played 10 matches, scoring a total of just 40 runs at an average of 13.33 with a high score of 16 not out. He bowled just six balls in the entire season, going wicketless.

The older of the Pathan brothers had struggled in 2018 as well where he played 15 matches in a season in which SunRisers Hyderabad finished runners-up. Yusuf had scored 260 runs at an average of 28.88, failing to hit even a single half-century while picking up a solitary wicket.

The IPL auction 2020 was dominated by Australians with Pat Cummins becoming the most expensive overseas buy ever in the history of the league by fetching a whopping Rs 15.50 crore bid from two-time champions Kolkata Knight Riders.

Yusuf Pathan IPL 2020 Cricket
Get the latest updates on India vs Australia Series, check out the India vs Australia Schedule for 2020-21 and Ind vs Aus live score . Like us on Facebook or follow us on Twitter for more sports updates. You can also download the NDTV Cricket app for Android or iOS.