Pat Cummins, the top-ranked Test bowler in the world, was the most sought-after player at the IPL 2020 auction. 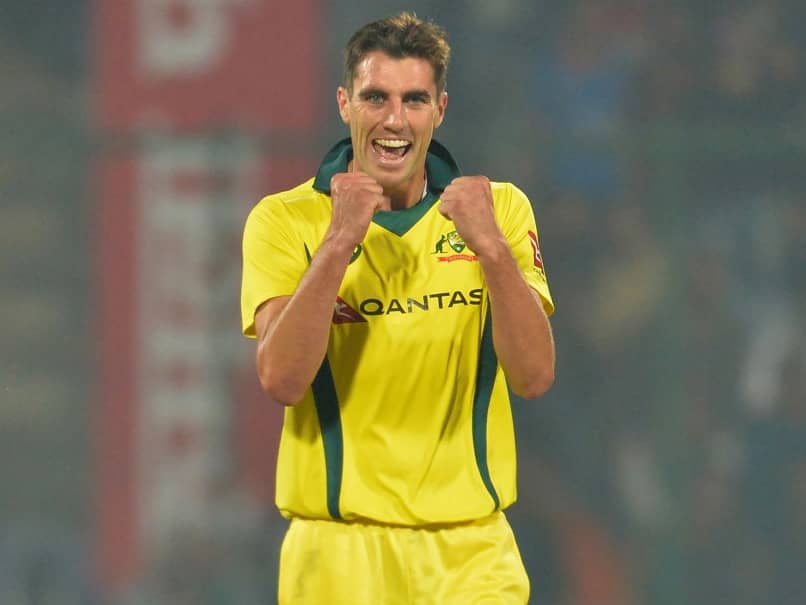 Pat Cummins emerged as the costliest overseas buy at the IPL 2020 auction.© AFP

Australian players attracted some big prices as the Indian Premier League 2020 auction concluded after some intense bidding sessions in Kolkata on Thursday. Fast bowler Pat Cummins emerged as the costliest overseas buy after he went to Kolkata Knight Riders for Rs 15.5 crore, while explosive all-rounder Glenn Maxwell joined Kings XI Punjab for Rs 10.75 crore after recently returning to cricket from a short break due to mental health issues. The players get around 75 percent of the auction price, effectively their salary for the season, while the rest goes to their national board.

Now let us have a look at the players who initiated the biggest bidding wars.

Pat Cummins, the top-ranked Test bowler in the world, was the most sought-after player at the IPL 2020 auction. Royal Challengers Bangalore and Delhi Capitals both upped the ante before Kolkata Knight Riders hijacked the bid for their former player, who has claimed 32 wickets in 25 IPL matches.

"Absolutely pumped to be back on board ... Can't wait to get over there," Cummins said in a video message posted on KKR's Twitter handle.

Although Yuvraj Singh still holds the record for being the most expensive IPL buy, Pat Cummins left Ben Stokes behind to become the highest paid overseas player. In 2015, RCB had paid Rs 16 crore for the services of Yuvraj Singh.

In 2017, Rising Pune Supergiant had paid 14.5 crore to Ben Stokes but Kolkata Knight Riders got Pat Cummins for a record price of Rs 15.5 crore.

New KKR coach and former New Zealand skipper Brendon McCullum was elated to get "the best player of the auction".

South Africa all-rounder Chris Morris was snapped up for a staggering Rs 10 crore by the Royal Challengers Bangalore at Thursday's auction.

A bidding war quickly escalated between the Rajasthan Royals, Kings XI Punjab, Mumbai Indians and Royal Challengers Bangalore, before RCB got their man.

Morris has previously played for the Delhi Capitals, Rajasthan Royals and Chennai Super Kings in the IPL.

Sheldon Cottrell, the West Indies fast bowler, was picked up by the Kings XI Punjab for a whopping Rs 8.5 crore in the IPL auction on Thursday.

Cottrell, at a base price of Rs 50 lakh, attracted a bidding war between Rajasthan Royals and Kings XI Punjab before Delhi Capitals joined the party.

However, KXIP eventually acquired the services of Sheldon Cottrell.

Defending champions Mumbai Indians spent some big money to get Nathan Coulter-Nile back in to their team after six years.

Mumbai Indians spent Rs 8 crore to get Coulter-Nile, who scored a whirlwind 92 from 60 balls against the West Indies in an ICC World Cup 2019 match, back in to their ranks.

Chris Morris IPL 2020 Cricket
Get the latest updates on India vs England Series, India vs England , live score and IPL 2021 Auction . Like us on Facebook or follow us on Twitter for more sports updates. You can also download the NDTV Cricket app for Android or iOS.