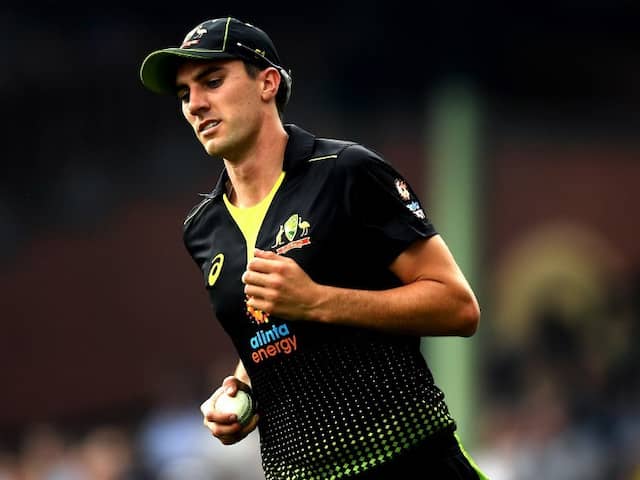 Australian cricketers hit pay dirt at the Indian Premier League (IPL) players' auction with pacer Pat Cummins becoming the most expensive foreign buy ever in the league by fetching a whopping Rs 15.50 crore bid from two-time champions Kolkata Knight Riders in Kolkata on Thursday. All-rounder Glenn Maxwell, who was not considered for the upcoming ODI series against India in January, returned to Kings XI Punjab with a price tag of Rs 10.75 crore after an intense bidding war with Delhi Capitals.

KXIP went into the auction with the biggest available purse of Rs 42.70 crore. The 31-year-old Maxwell has been on his way back to cricket after taking a sudden break to deal with mental health issues earlier this year.

Maxwell's compatriot Nathan Coulter-Nile also enjoyed a million dollar payday at the auction as Mumbai Indians shelled out Rs 8 crore for the pacer.

Australia's limited-overs captain Aaron Finch went for Rs 4.40 crore to Royal Challengers Bangalore. Finch, who had opted out of the 2019 IPL, also attracted a bid from KKR.

All-rounder Marcus Stoinis was sold to Delhi Capitals for Rs 4.8 crore while pacer Kane Richardson will go home richer by Rs 4 crore after being bought by RCB.

Australia's big-hitting all-rounder Chris Lynn, who was released by Kolkata Knight Riders ahead of the auction, was bought for his base price of Rs 2 crore by defending champions Mumbai Indians, whose opening bid became the winning bid.

Similar was the case of seamer Josh Hazlewood, who went for his steep base price of Rs 2 crore to Chennai Super Kings.

Teams going all out for the 26-year-old Cummins was on expected lines as he has been in top form with the ball and at times has also proved his worth with the bat.

"Can't wait," tweeted Cummins after KKR head coach Brendon McCullum posted a welcome message for him on the micro-blogging site.

"I am very happy to be back in KKR," he later said in a video released by KKR.

Delhi Capitals and Royal Challengers Bangalore were engaged in an intense bidding war for the Australian before KKR joined the battle at Rs 15 crore and eventually outbid the two franchises.

Cummins has taken 32 wickets in 25 IPL matches so far with an economy of just over 6.

He is also the No.1 bowler in ICC Test rankings and has 92 wickets in 77 career T20 matches at an economy of little above 7.

With the price he fetched, Cummins broke the record for the most expensive foreign buy held by Ben Stokes.

England all-rounder Stokes was bought by Rising Pune Supergiant for Rs 14.5 crore in the 2017 auction. It also marks Cummins' return to KKR. The pacer has also played for Mumbai Indians and Delhi Capitals. Both Maxwell and Cummins had opted out of last year's IPL.

Another big buy at the auction was South African Chris Morris, who was sold for Rs 10 crore to Royal Challengers Bangalore.

West Indies pacer Sheldon Cottrell, with a base price of Rs 50 lakh, fetched a winning bid of Rs 8.50 crore from Kings XI Punjab.

"I am looking forward to playing for Kings XI," said Cottrell in a viedoe relased by the franchise.

Another Caribbean star, Shimron Hetmyer, was expectedly a sought-after entity for his big-hitting abilities and went to Delhi Capitals for Rs 7.75 crore.

The left-hander had a base price of Rs 50 lakh and recently made his case with a match-winning hundred against India in the first ODI in Chennai.

Veteran Indian spinner Piyush Chawla remained a hit with the franchises and was bought by Chennai Super Kings for Rs 6.75 crore. He was the highest paid India during this auction.

Asked why they paid big money for Cummins and Morgan, KKR's assistant coach Abhishek Nayar said: "Morgan's recent form has been tremendous. As a leadership group, Morgan will add a lot of strength to what we already have.

"And for a player of his (Cummins) calibre, he brings a lot with the ball and bat as well."

"He was always on our radar. The middle order was a bit of concern. He has been with us (in the past) so he knows the set up well," said Menon.

The seasoned Robin Uthappa was bagged by inaugural edition winners Rajasthan Royals for Rs 3 crore. Uthappa had gone into the auction with a base price of Rs 1.5 crore, the highest for an Indian. He too was released by KKR last month.

South African pace great Dale Steyn finally had a face-saving bid of Rs 2 crore from the RCB during the last round.

While 14-year-old youngest auction entrant Noor Ahmed of Afghanistan didn't have any takers, the oldest Praveen Tambe at 48, got a base price bid of Rs 20 lakh from the Kolkata Knight Riders.