Pat Cummins was the most expensive signing of the day as Kolkata Knight Riders bought the fast bowler for Rs 15.50 crore. 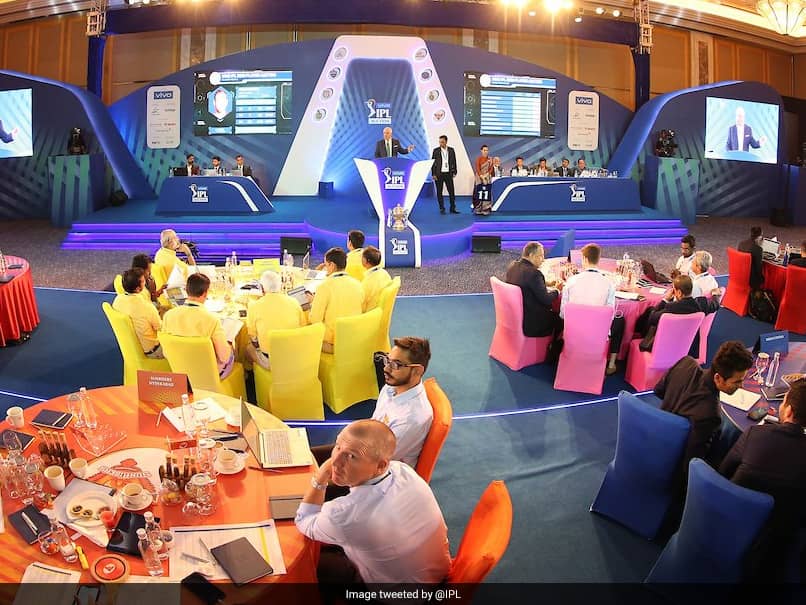 A total of 62 players were sold as all the franchises strengthened their squads.© Twitter

The Indian Premier League (IPL) auction 2020 saw Australian players fetching huge bids as all the eight franchises strengthened their squads in Kolkata on Thursday. Pat Cummins, who was sold for Rs 15.50 crore to Kolkata Knight Riders, became the second most expensive buy in the history of IPL. Piyush Chawla turned out to be the surprise buy at the auction as three-time IPL champions Chennai Super Kings bought the leg spinner for a whopping Rs 6.75 crore. A total of 62 players were sold on the auction day.

Here is how all the eight franchises fared in the IPL 2020 auction.

Delhi Capitals: Delhi managed to reach the play-offs last season and in bid to go one better in the upcoming season, DC invested heavily in big-hitters. Delhi bought Shimron Hetmyer for Rs 7.75 crore while they spent Rs 4.80 crore on Marcus Stoinis.

Kings XI Punjab: Kings XI Punjab bought Glenn Maxwell for Rs 10.75 crore as they added some all-rounders to their squad. Punjab also got the West Indies fast-bowler Sheldon Cottrell in their squad by picking him for Rs 8.50 crore.

Kolkata Knight Riders: KKR were in a bidding war but they managed to get Pat Cummins in their squad for a whopping Rs 15.50 crore. With the signing, Cummins also became the most expensive overseas buy in the history of IPL. Knight Riders also got England-captain Eoin Morgan in their squad.

#Christmas came early for us
Here are the new additions to our squad!#IPLAuction #KorboLorboJeetbo #IPL2020 pic.twitter.com/kZ5SPi4JdU

Mumbai Indians: The defending champions spent heavily to get the services of Australia all-rounder Nathan Coulter-Nile. MI bought Coulter-Nile for Rs 8 crore. Mumbai also managed to get Chris Lynn, who scored heavily in the T10 League, for his base price of Rs 2 crore.

Rajasthan Royals: Robin Uthappa and Jaydev Unadkat will be seen playing for the Royals in the upcoming season of the Indian Premier League. Rajasthan, much like every season, went for Indain youngsters and picked up Mumbai's Yashasvi Jaiswal for Rs 2.40 crore.

Royal Challengers Bangalore: Bangalore spent Rs 10 crore to get Chris Morris in their squad. RCB also spent over Rs 8 crore to get the Australian duo of Aaron Finch and Kane Richardson. In the last stages of the auction, the Bangalore-based franchise picked up Dale Steyn, who played for them last season, for his base price of Rs 2 crore.

SunRisers Hyderabad: Hyderabad did not go for big names in the auction but they ticked all the boxes as they bought five all-rounders out of the seven players they picked in Kolkata.

Kolkata Knight Riders IPL 2020 Cricket
Get the latest updates on India vs England Series, India vs England , live score and IPL 2021 Auction . Like us on Facebook or follow us on Twitter for more sports updates. You can also download the NDTV Cricket app for Android or iOS.