IPL 2020: Rajasthan Royals skipper Steve Smith, who was in top form during the franchise's match against CSK, executed the helicopter shot astutely during a training session. 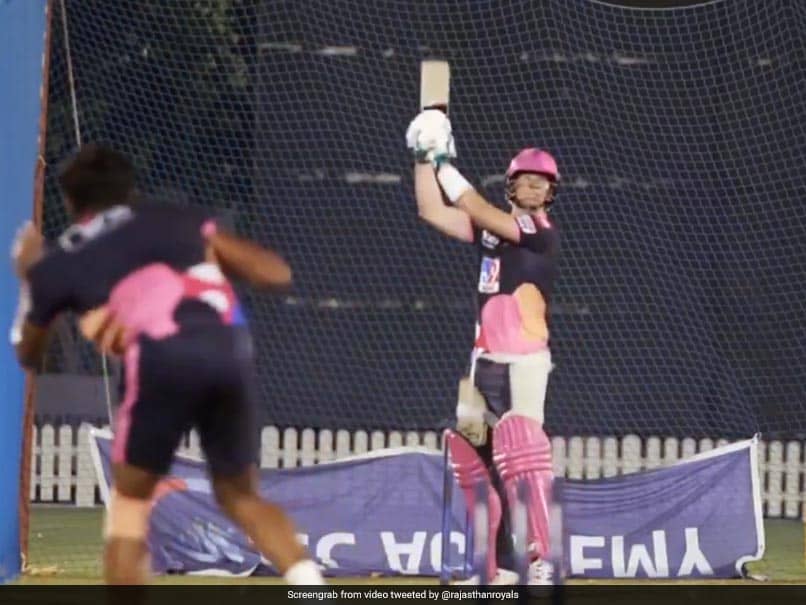 Rajasthan Royals (RR) skipper Steve Smith executed the helicopter shot in an astute manner during a net session. Smith's shot is visible in a video shared by the RR Twitter handle, with the franchise following it up with an interesting caption. "Gotta love a captain who plays the helicopter shot #HallaBol #RoyalsFamily @stevesmith49," read the reaction from RR. The Rajasthan-based franchise will next take on Kings XI Punjab (KXIP) in their second league clash of the Indian Premier League (IPL) 2020, following a triumph over Chennai Super Kings (CSK) in the side's opening match.

Here is the video which shows Steve Smith playing the helicopter shot:

The Australian was one of the top performers for the franchise in their 16-run win over CSK, scoring 69 off 47 deliveries. Smith smashed four boundaries and the same number of sixes during his innings, which enabled RR to post a formidable total of 216 runs for the loss of seven wickets in 20 overs.

The RR skipper recorded his maiden appearance as an opener during the course of the clash, making his presence felt despite the early dismissal of youngster Yashasvi Jaiswal. Smith stitched a partnership of 121 runs with Sanju Samson, to help the team recover and further dominate the clash.

CSK were in turn restricted to 200/6 in 20 overs with Faf du Plessis emerging as the top-scorer. Du Plessis scored 72 runs off 37 deliveries in an innings comprising of a boundary and seven sixes.