IPL 2020, RR vs CSK: Jofra Archer's batting display during Rajasthan Royals' win against Chennai Super Kings, made Lungi Ngidi register the joint most expensive final over in the league's history. 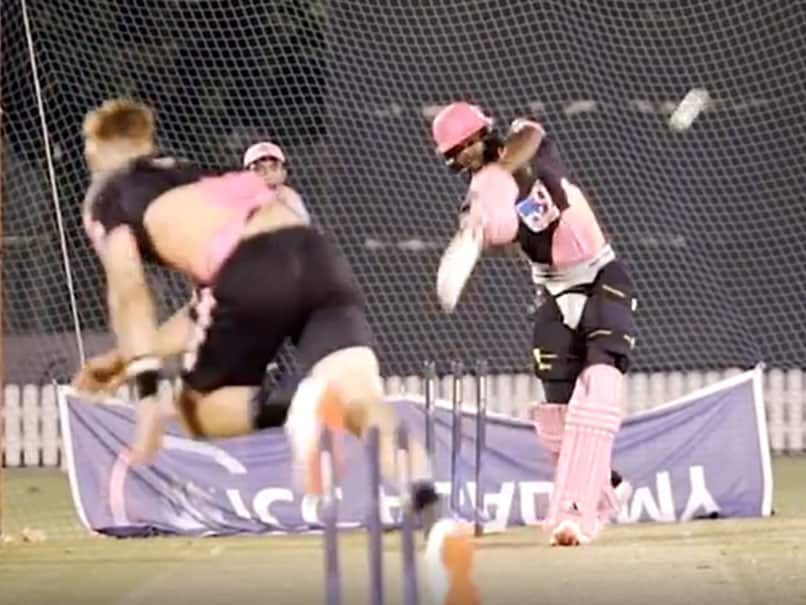 Rajasthan Royals (RR) defeated Chennai Super Kings (CSK) in their first Indian Premier League (IPL) 2020 match of the season, registering a 16-run win at the Sharjah Cricket Stadium. English pacer Jofra Archer was at the thick of it all for the Royals, with both bat and ball. Adding the finishing touches to RR's mammoth 217-run target, Archer was imperious against Lungi Ngidi in the last over. He slammed four consecutive sixes, reaching 27 off eight deliveries. RR took to Instagram to hail their star man, and also put a video compilation of his batting during net sessions. The video was captioned as, "Jofra on fire..with the bat! The making of '6666' #HallaBol #RoyalsFamily #IPL2020 @jofraarcher".

In the video, Archer can be seen showcasing his wide array of shots, sending some deliveries for big sixes. Archer also contributed with the ball, grabbing a wicket in four overs, and conceding 26-runs.

Before Archer came into the fray, Ngidi had bowled three decent overs, conceding 24-runs and also grabbing the wicket of Sanju Samson.

His performance came crashing down when MS Dhoni asked him to bowl the final over. New man Archer sent him for four sixes, two of which came off no-balls. Three of them were from the first three deliveries of the over.

After the first two sixes, which came off legal deliveries, Ngidi overstepped twice. It was so disastrous that Ngidi conceded 27 off 2 balls, due to his two no-balls. After three deliveries, the South African calmed down the pressure and conceded three singles, a dot ball and a wide.

The Royals were sent to bat first after Dhoni won the toss and elected to field. Samson and Steve Smith put in a good start, grabbing scores of 74 and 69 respectively. Finishing at 216-7, they set a huge target. CSK finished at 200-6, in 20 overs.

Chennai Super Kings IPL 2020 Cricket
Get the latest updates on ICC T20 Worldcup 2022 and CWG 2022 check out the Schedule, Live Score and Medals Tally. Like us on Facebook or follow us on Twitter for more sports updates. You can also download the NDTV Cricket app for Android or iOS.