Living In Bio-Secure Bubble Has Been "Mentally Challenging": Jofra Archer

England fast bowler Jofra Archer has admitted that living inside a bio-secure bubble has taken its toll on him and maybe affected his performances as well. 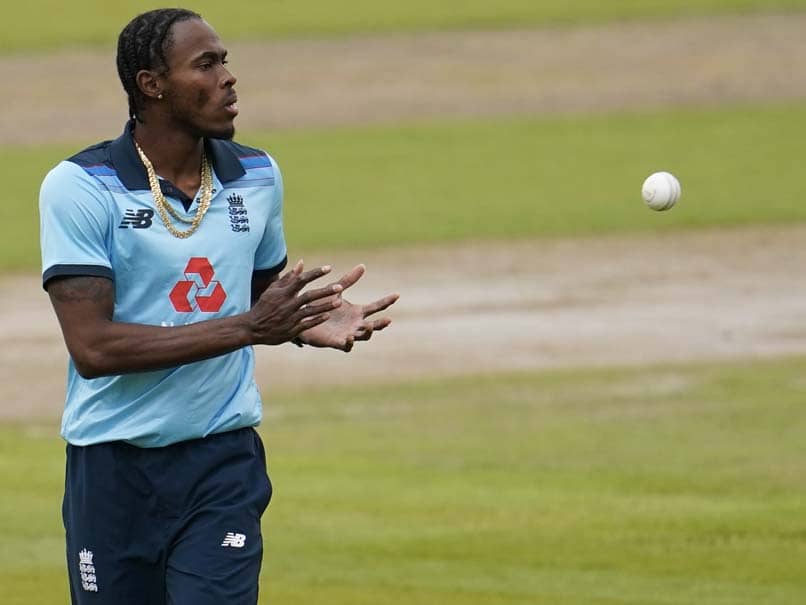 Jofra Archer has spent a total of 87 days inside England's bio-bubble.© AFP

England fast bowler Jofra Archer has admitted that living inside a bio-secure bubble has taken its toll on him and maybe affected his performances as well. The fast bowler has spent a total of 87 days inside England's bio-bubble as he has played all three formats for the side. He is currently playing for England in the ongoing three-match ODI series against Australia.

Archer also said that living inside the bubble did eventually impact his performances. After the ODI series concludes, the bowler will head over to the UAE to play the upcoming IPL for Rajasthan Royals.

"I'll tell you, it has been mentally challenging. We've been in here for 16 weeks or something like that. I think it is going to be rarer going home or being normal again. Here has become the new norm. We'll just have to adjust again when we get some time off. The time I spend bowling with the white ball is a lot less than in Test cricket. You can't run in the whole day. It is actually impossible to run in the whole day bowling at 90mph. If you can show me someone who does it then fair play. I've not seen any bowler who bowls 90mph do it for a whole day," ESPNCricinfo quoted Archer as saying.

"It might be different environments as well. A change of scenery or a change of personnel. You do sometimes feel like you hit a wall. Sometimes you just need to relax or just need to switch your mind off for a few days. I honestly don't know what it is but if you're in a good frame of mind I feel you'll probably bowl a bit faster," he added.

After the IPL 2020 gets over, England players are set for spending more time insside bio-secure bubble as they are planning to visit South Africa for a limited-overs series in November. After that, Archer has a stint with Hobart Hurricanes to look forward to in the Big Bash League (BBL).

However, the pacer has admitted that he might take a break from the BBL and look to spend more time with his family.

"I'll be honest with you. I'm not sure how many more bubbles I've got left in me for the rest of the year. I haven't seen my family really since February and it's September now. The IPL is going to take up most of October. In November we go to South Africa; well, hopefully, we go to South Africa. That only leaves me with a few weeks in December for the rest of the year," Archer said.

"I love my Hobart [BBL] family but I think I need to spend some time with my real family as well. When the year turns, we're going to be back in a bubble in the UAE and India or somewhere. Family time is really important especially when you're in the bubble and you can't see them physically. So any time I get I try to spend with them," he added.

Archer was named the Player of the Match in the second ODI against Australia as he scalped three wickets to help England defend a total of 231 to level the three-match series.

The final ODI of the series will be played on Wednesday, September 16 at Emirates Old Trafford.