Peter Handscomb Signs With Hobart Hurricanes Ahead Of BBL 10

Hobart Hurricanes on Wednesday announced the signing of batsman Peter Handscomb ahead of the upcoming season of the Big Bash League (BBL). 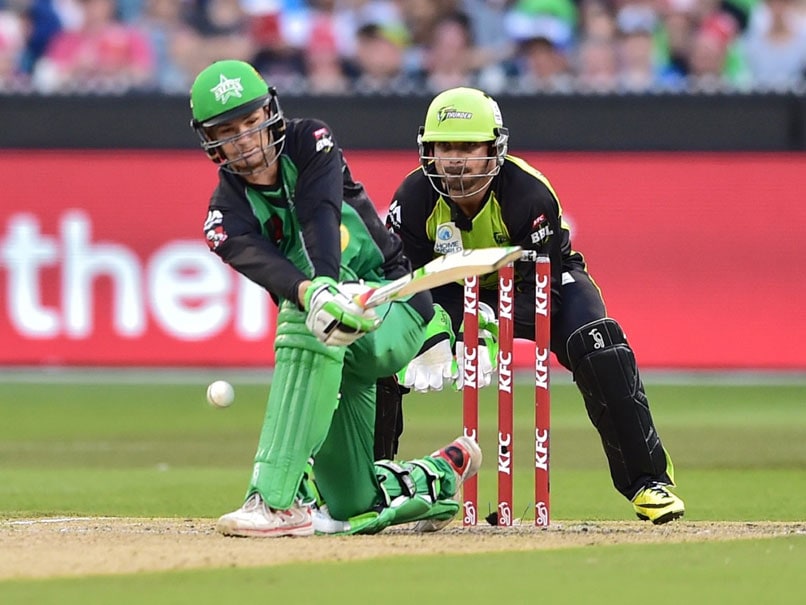 Peter Handscomb has played for Melbourne Stars in the BBL.© AFP

Hobart Hurricanes on Wednesday announced the signing of batsman Peter Handscomb ahead of the upcoming season of the Big Bash League (BBL). The 29-year-old Handscomb will now be expected to fill a void that was left by the retirement of George Bailey at the end of BBL 9. "I had a good chat with some of the boys I'd played with before, so I'm keen to get down there and play with those guys. I'm looking forward to the opportunity to potentially bat in the top four on a beautiful wicket at a nice ground, it's exciting to be able to come to Hobart and show what I can do," Handscomb said in an official release.

Handscomb had earlier played for Melbourne Stars and he represented the side in 51 matches, managing to score 834 runs at an average of 27.80 with a best of 103 not out – his career-best T20 score – against the Perth Scorchers in 2015.

BBL is slated to start from December 3 this year, and in the opening match, Adelaide Strikers will take on Melbourne Renegades.

Hobart Hurricanes will take on Sydney Sixers in their opening match on December 4.

Hobart Hurricanes
Get the latest updates on SA vs IND 2021-22, check out the Schedule and Live Score . Like us on Facebook or follow us on Twitter for more sports updates. You can also download the NDTV Cricket app for Android or iOS.