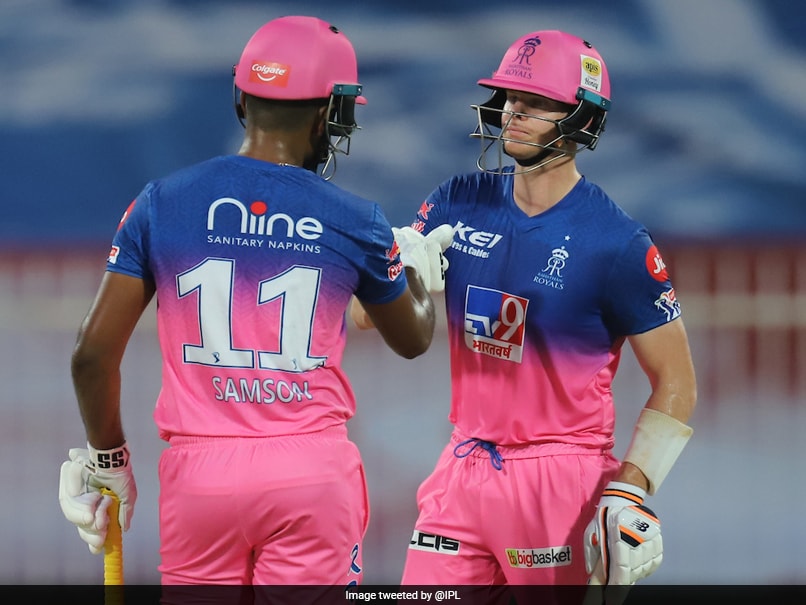 Rajasthan Royals (RR) defeated Chennai Super Kings (CSK) by 16 runs in their first Indian Premier League (IPL) 2020 match of the season, at the Sharjah Cricket Stadium. CSK captain MS Dhoni won the toss and elected to field. Sanju Samson and Steve Smith's 121-run partnership was the highlight of the match, as the Royals posted a solid 217-run target packed with plenty of boundaries. The match also had plenty of talking points, with some controversy too in an exciting encounter.

RR lost an early wicket in youngster Yashasvi Jaiswal, but Smith and Samson's partnership propelled the Royals to a huge score. Deepak Chahal grabbed the crucial wicket of Samson, who scored 74-runs off 32 deliveries packed with one four and nine sixes.

After Samson's dismissal, Smith found it hard to build a partnership, with the likes of David Miller and Robin Uthappa getting out meekly.

Also, Tom Curran got caught up in an umpiring controversy. Curran was adjudged out by the umpire, who gave him out caught behind by a Chahar delivery. Curran wanted a review, but his side's allotted reviews were over. But tv replays showed that he shouldn't have been dismissed, so the umpires called him back as he had not left the field.

Meanwhile, CSK also got off to a decent start with Murali Vijay and Shane Watson scoring 21 and 33 runs respectively. Once again Faf du Plessis put in a good performance, scoring 72 runs off 37 balls.

Coming in towards the end, Dhoni tried to don the finisher's role, but couldn't prevent defeat due to the mammoth target posted by Smith's team. The former Indian captain scored 29 runs off 17 deliveries.

In the bowling department, Sam Curran was the main man for CSK, notching three wickets in four overs.

Meanwhile, Rahul Tewatia was on top form for RR, grabbing three dismissals in his allotted overs.

In their next match, CSK face Delhi Capitals (DC) on September 25. Meanwhile, Rajasthan Royals will take on Kings XI Punjab on September 27.

Faf du Plessis Cricket Rajasthan Royals vs Chennai Super Kings, Match 4
Get the latest updates on ICC T20 Worldcup 2022 and CWG 2022 check out the Schedule, Live Score and Medals Tally. Like us on Facebook or follow us on Twitter for more sports updates. You can also download the NDTV Cricket app for Android or iOS.