Sanju Samson's coach, Biju George, believes that a good showing in the IPL can help the Kerala star to book his place in India's squad for the T20 World Cup next year. 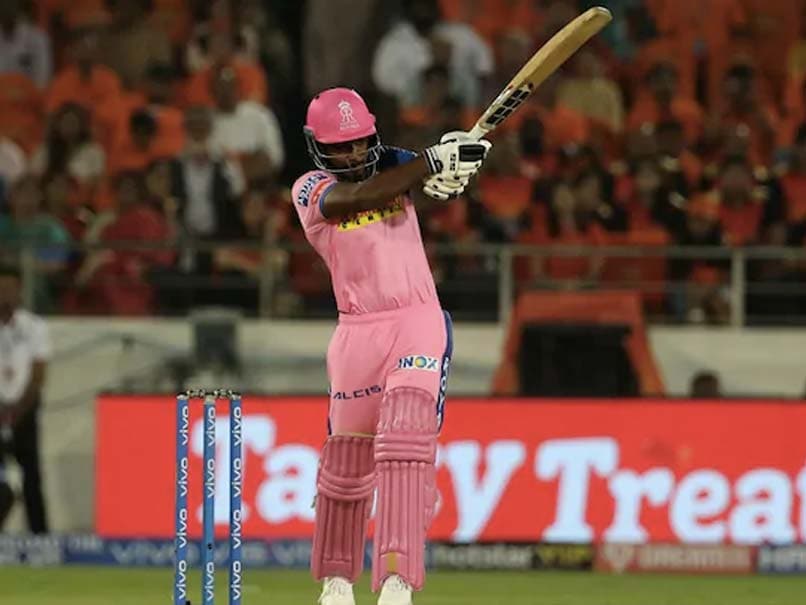 Biju George, the coach of Sanju Samson believes that the right-handed batsman will have a golden chance to book his place in the T20 World Cup 2021 squad if he performs well in the two IPLs which are scheduled to be held in a span of seven months. Samson was just 11-years-old when he started training under coach Biju George in Thiruvananthapuram. At that time, George was a cricket coach at the Sports Authority of India's cricket training centre. The IPL 2020 is slated to start from September 19 in the UAE, while next year, the tournament is likely to be played in its normal window (March-May).

The T20 World Cup slated to be played this year in Australia has been postponed due to the coronavirus pandemic, and now it will go ahead next year either in India or Australia.

"Yes absolutely, I think it is a golden chance for him to make his place in the T20 World Cup 2021 squad. If you look at his white-ball career, he has been consistent at it and I am sure he will perform, he has been consistent ever since he made his debut in IPL," George told ANI while talking about Samson's chances to make it to the T20 World Cup squad.

"I do not think Samson will have any pressure on him when he goes in to play the IPL. This year, he has put in the maximum preparation, I have never seen him more focused, he was even working out when we were in lockdown in Trivandrum," he added.

The 25-year-old will be representing Rajasthan Royals in the IPL this year.

The batsman has been a part of India''s T20I squad for the past six months, but the player did not find many chances to feature in the playing XI.

Since then, Samson''s exclusion from the playing XI has been a subject of severe criticism.

Firstly, Rishabh Pant was getting the nod in front of Samson, and later KL Rahul started performing well to feature permanently as the first-choice wicket-keeper in the white-ball format.

However, George believes that every cricketer in the Indian dressing room might be worried as Samson has a knack of producing quality innings in the IPL.

"Every cricketer in the Indian dressing room knows that IPL is where Sanju Samson comes to play, comes to the party actually. He plays some outstandings knocks in this tournament," George said.

"Rishabh Pant is a left-hander as compared to KL Rahul and Sanju Samson so he might be getting the nod because of this reason. But nowadays, you do not care whether you are a left-hander or right-hander," he added.

Samson has so far played 4 T20Is for India, in which he has registered 35 runs.

The batsman was last seen in action in a T20I match against New Zealand earlier this year.

Sanju Samson IPL 2020 Cricket
Get the latest updates on IPL Auction 2023 and check out  IPL 2023 and Live Cricket Score. Like us on Facebook or follow us on Twitter for more sports updates. You can also download the NDTV Cricket app for Android or iOS.