Sanju Samson's tricks got him the title of "Superman" from his IPL franchise, Rajasthan Royals. 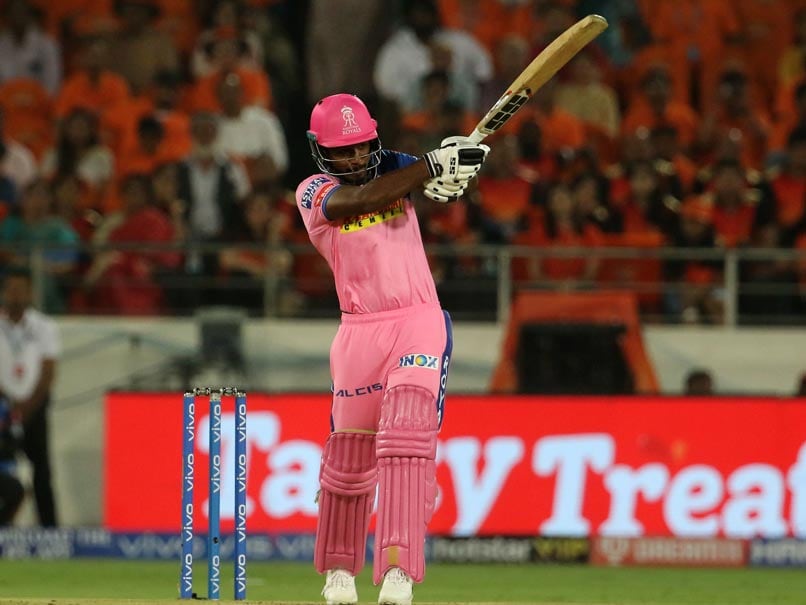 Sanju Samson has been an integral part of the Rajasthan Royals.© BCCI

Sanju Samsonhas impressed one and all with his exceptional athleticism on the field. Samson has taken some mind-boggling catches and his latest tweet, in which the wicketkeeper-batsman can be seen flying like Superman, not only caught the attention of his fans but also of his Indian Premier League (IPL) franchise Rajasthan Royals. Rajasthan Royals on Friday took to Twitter and likened Samson to Superman. The Rajasthan-based franchise captioned Sanju Samson's photo as "Superman" while they described the original superhero's picture as "Superman Lite".

Samson, much like other current and former cricketers, is spending time at home amid the coronavirus-enforced lockdown.

Recently during a podcast organised by Rajasthan Royals, Samson said that he is trying to focus on his game and manage his emotions like former India captain MS Dhoni.

"I have learned to understand and focus more on my strengths and (be more) accepting (of) the failures. I try to contribute to the team's cause and try to take the team over the line. I am learning to focus and control my emotions while batting like MS Dhoni," Samson had said.

Samson was part of India's Twenty20 squad that went onto to create history in New Zealand by becoming the only team to register a clean sweep in a five-match bilateral T20I series earlier this year.

Samson would have been busy representing Rajasthan Royals in the 13th edition of the IPLbut due to the ongoing coronavirus pandemic, the Board of Control for Cricket in India postponed the tournament indefinitely.

Rajasthan Royals Cricket
Get the latest updates on SA vs IND 2021-22, check out the Schedule and Live Score . Like us on Facebook or follow us on Twitter for more sports updates. You can also download the NDTV Cricket app for Android or iOS.