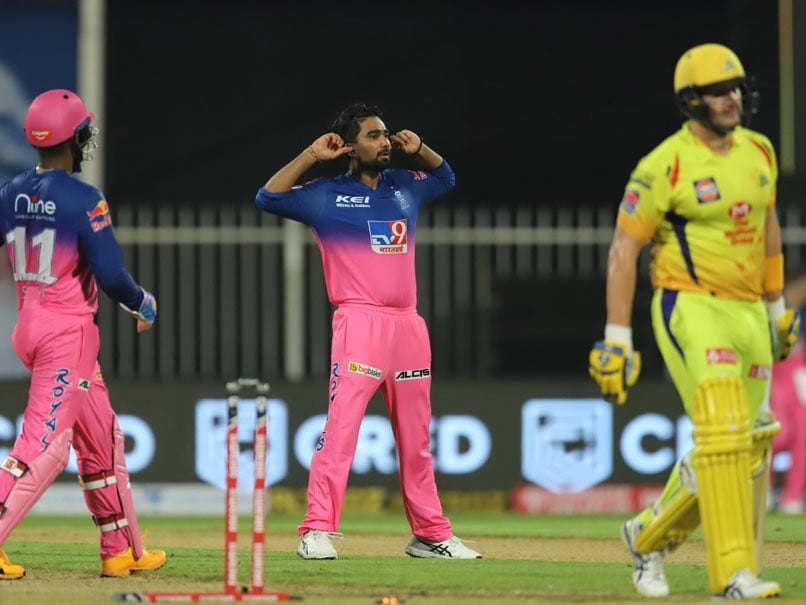 Rajasthan Royals kept a tight leash on Chennai Super Kings even as CSK went limp in their chase of 217. After a decent start provided by Shane Watson and Murali Vijay, the CSK chase went astray in that none of the batsmen took enough risks to up the ante even with the asking rate climbing every over. Faf du Plessis smashed 72 off just 37 and Sam Curran played a 17-run cameo off just six balls. However, du Plessis accelerated late and Curran perished before he could take off. Skipper MS Dhoni demoted himself to No. 7 and finished unebaten on 29 off 17 balls but most of his runs came in the last over when the game was out of CSK's reach. Jofra Archer, Shreyas Gopal and Tom Curran got a wicket each while Rahul Tewatia was the pick of the RR bowlers with 3/37 off four, including wickets of Watson and Curran.  (SCORECARD)

Rajasthan Royals IPL 2020 Rajasthan Royals vs Chennai Super Kings, Match 4 Live Score Live Cricket Score Live Blogs Cricket
Get the latest updates on India vs South Africa and check out  Schedule, Results and Live Score. Like us on Facebook or follow us on Twitter for more sports updates. You can also download the NDTV Cricket app for Android or iOS.