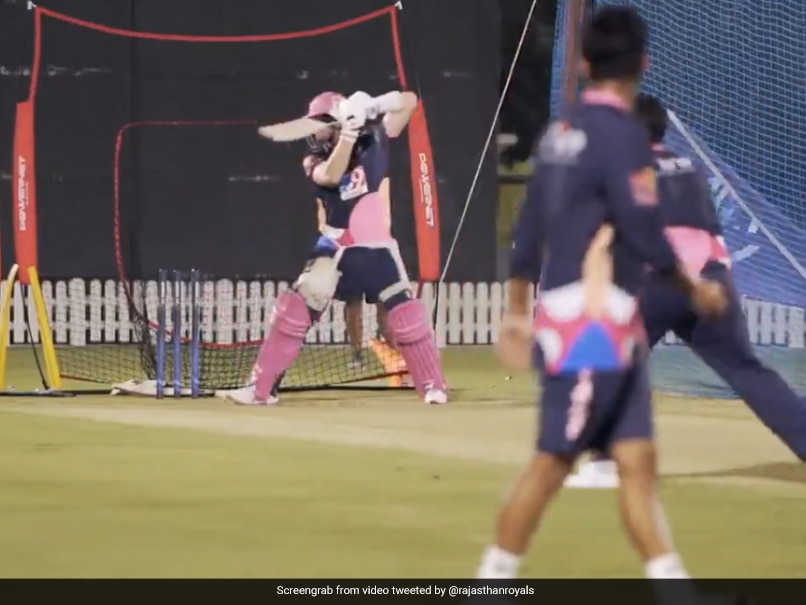 With Rajasthan Royals (RR) set to begin their Indian Premier League (IPL) 2020 campaign against Chennai Super Kings (CSK) on September 22, captain Steve Smith looks like he is well-prepared for the match, with a confident display in his first net session in the United Arab Emirates (UAE). The club took to Twitter to share some highlights from the training session. The video was captioned as, "That balance. That footwork. That timing. How we've missed you cap! #RRvCSK | #HallaBol | #RoyalsFamily | #Dream11IPL | @stevesmith49".

That balance. That footwork. That timing. ????

The Australian cricketer joined the Royals camp couple of days ago, and has cleared the mandatory coronavirus tests. In the video, he had an aura of seriousness in him, practicing a few shots, including some big ones. Towards, the end of the video, he even directs a shot to the cameraman, with a grin on his face.

RR face CSK at the Sharjah Cricket Stadium. CSK have already played their first match, when they defeated Mumbai Indians (MI) in the season opener.

Royals have won the IPL only once, in 2008. Captain Smith will have an important role to play this season. In his IPL career, he has played in 81 matches, registering 2022 runs with a 101-run highest score.

IPL 2020 has been shifted to UAE due to the rising COVID-19 cases in India. Other than Sharjah, the other venues are Dubai International Cricket Stadium and Sheikh Zayed Stadium.

Steven Smith IPL 2020 Cricket
Get the latest updates on India vs South Africa and check out  Schedule, Results and Live Score. Like us on Facebook or follow us on Twitter for more sports updates. You can also download the NDTV Cricket app for Android or iOS.