IPL 2020, CSK vs RR: Steve Smith and Jofra Archer have some miles in their legs and that could hand Rajasthan Royals an advantage over Chennai Super Kings. 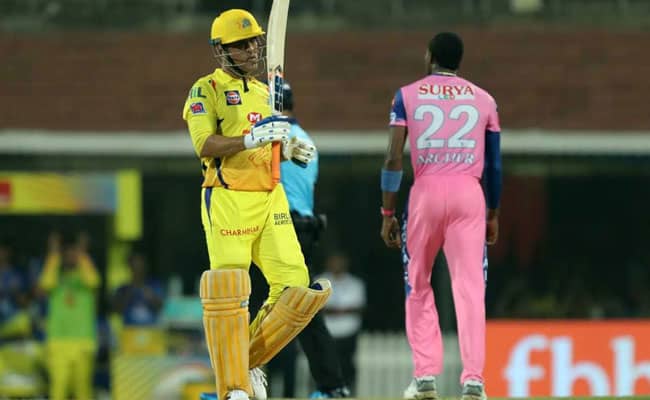 Chennai Super Kings (CSK) overcame all odds to win the Indian Premier League (IPL) 2020 opener against Mumbai Indians. Two of their best players had pulled out of the tournament, one member of the squad has just joined the bio-bubble and a squad with many players on the wrong side of 30s isn't expected to be the quickest on the field. However, Faf du Plessis took stunning catches at the boundary ropes and then guided the team home with the bat and Ambati Rayudu played the anchor before his dismissal put the responsibility on Du Plessis. MS Dhoni, returning to competitive cricket after a gap of more than a year, didn't need to open his account.

Rajasthan Royals, too, have had their problems. Star all-rounder Ben Stokes is yet to arrive in the UAE from New Zealand, where he has been since England granted him leave on compassionate grounds to be with his ailing father.

Jos Buttler, counted among the best T20 batsmen in the world, is still in quarantine and will not be available for Rajasthan's IPL opener.

However, with the likes of Steve Smith, Jofra Archer, Tom Curran and David Miller fit and available Rajasthan have the overseas players that could make an impact.

Oshane Thomas brings pace from the Caribbean and could spell double-trouble for Chennai along with Archer. Medium pacers Jaydev Unadkat and Andrew Tye have variations and an IPL hat-trick each while mystery spinner Mayank Markande would combine with Gopal to form a spin duo.

Rajasthan seem to have all their bases covered but so do many other teams. It's how you play on the field that matters.

For CSK, Dwayne Bravo had sat out of the IPL opener and Imran Tahir didn't find a place in the XI. If Bravo is fit for the game, he could come in and replace either Shane Watson or Lungi Ngidi.

Sam Curran would be a like-for-like replacement for Bravo but given Curran's heroics with bat and ball in the last game, it's unlikely CSK will ask him to sit out.

However, given Dhoni's penchant for not fixing things unless they are broken, Bravo is unlikely to come in for this game even if the highest wicket-taker in T20 cricket is available.

Watson would look to find his mojo against a team he has played for in the past and enjoyed much success with. And for the fans, who just missed out on a Dhoni special after more than a year of waiting for 'Thala', the second time could be a charm.

Jofra Archer Rajasthan Royals vs Chennai Super Kings, Match 4 IPL 2020
Get the latest updates on IPL 2020, check out the IPL Schedule for 2020 and Indian Premier League (IPL) Cricket live score . Like us on Facebook or follow us on Twitter for more sports updates. You can also download the NDTV Cricket app for Android or iOS.