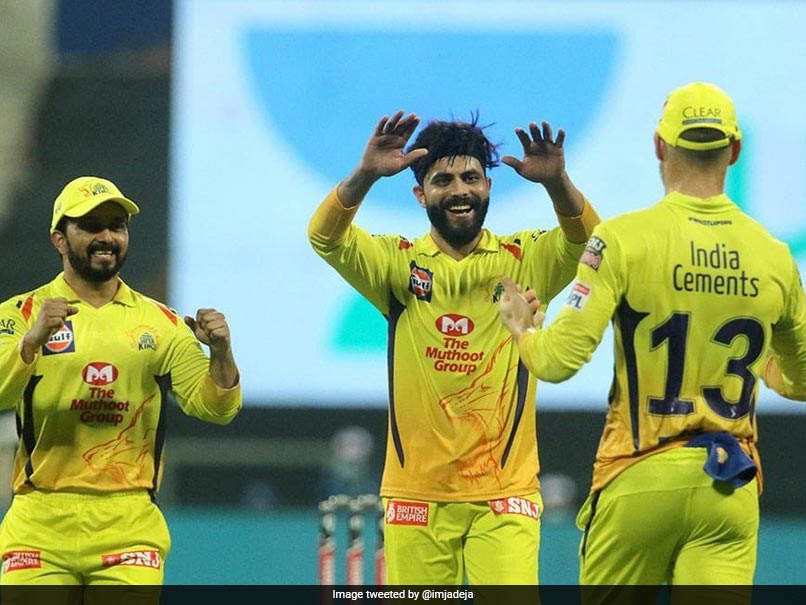 Chennai Super Kings (CSK) won the Indian Premier League (IPL) 2020 opener by five wickets against Mumbai Indians (MI) at the Sheikh Zayed Stadium. Ambati Rayudu slammed 71 runs off 48 balls, once again proving his class as a batsman. Indian all-rounder Ravindra Jadeja was at the thick of it all, with his bowling display. After the match, Jadeja took to Instagram with some photographs of the victory against the defending champions. He captioned it as, "Felt awesome to be back doing what I love. Super win. Let's go @chennaiipl #whistlepodu".

Felt awesome to be back doing what I love. Super win. Let's go @chennaiipl #whistlepodu

Although he conceded 42 runs, Jadeja registered two wickets in four overs. He took the crucial wicket of Saurabh Tiwary, who looked set to stabilise the innings for MI after they lost some early wickets. Tiwary scored 42 runs off 31 deliveries before Jadeja put a stop to his confident display. Tiwary also hit three fours and a six.

Jadeja also dismissed Hardik Pandya, who was trying to impose his usual aggression on the CSK bowlers. Pandya scored 14 runs off 10 balls, packed with two sixes.

Other than his decent bowling figures, Jadeja also came into bat when a victory for his team looked comfortable. He scored 10 runs off five balls, with two fours. He was sent back to the pavilion by Krunal Pandya.

Other than Jadeja, in CSK's bowling department, even Lungi Ngidi and Deepak Chahar put in good displays. Although destroyed early on by Quinton de Kock, Ngidi showed his resilience and patience with three wickets. Chahar took two wickets in four overs.

CSK face Rajasthan Royals (RR) in their next IPL fixture, which is on September 22. The match will be held at the Sharjah Cricket Stadium, in the United Arab Emirates (UAE). IPL has been shifted to the UAE due to rising COVID-19 cases in India.

Mumbai Indians IPL 2020 Cricket
Get the latest updates on IPL Auction 2023 and check out  IPL 2023 and Live Cricket Score. Like us on Facebook or follow us on Twitter for more sports updates. You can also download the NDTV Cricket app for Android or iOS.