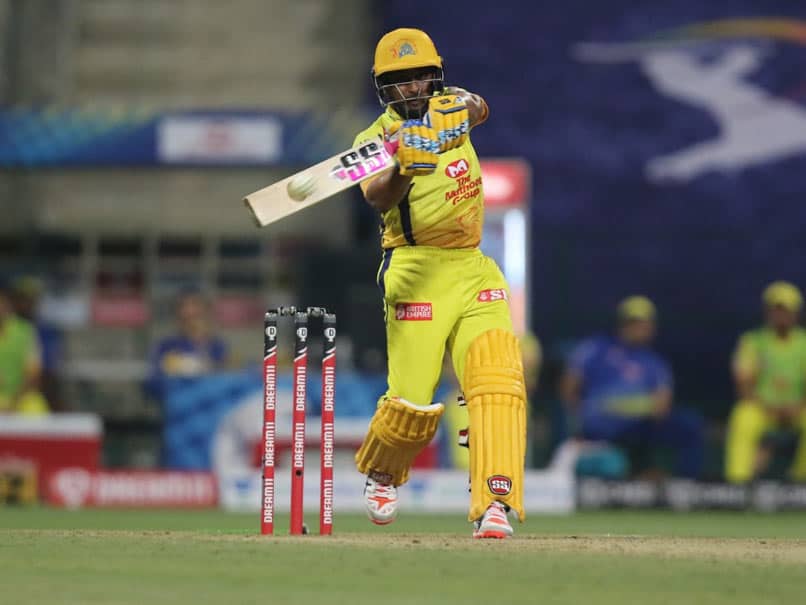 CSK vs MI, IPL 2020: Ambati Rayudu was the Man of the Match in CSK's five-wicket win over MI on Saturday.© BCCI/IPL

Chennai Super Kings batsman Ambati Rayudu has said that having practice sessions in Chennai ahead of the Indian Premier League (IPL) helped him in gaining some momentum. His remark came as the right-handed Rayudu scored 71 runs against Mumbai Indians in the IPL opener to give his side a five-wicket win. As a result of this knock, he was named as Player of the Match. Before the IPL started in the UAE, Chennai's Indian players had net sessions for five days in Chennai, and then the contingent headed to Dubai.

"We were training in lockdown, we were really eager and as we get older, we need to train so we were training. The pitch was good, once the dew came on, the pitch quickened a bit, it was doing a bit with the new ball," Rayudu said while receiving his Player of the Match award.

Chennai Super Kings defeated Mumbai Indians by five wickets in the opening match of the IPL 2020 on Saturday.

While chasing 163, CSK skipper MS Dhoni promoted Ravindra Jadeja and Sam Curran ahead of him and the English batsman went on to play a cameo of 18 runs off just 6 balls to put CSK in a comfortable position.

In the end, Faf du Plessis and MS Dhoni guided CSK to a five-wicket victory over Mumbai Indians in Abu Dhabi.

For CSK, Ambati Rayudu played a match-winning knock of 71 while Faf du Plessis scored an unbeaten 58. For Mumbai, Pattinson returned with the best figures of 1-27 from his quota of four overs.

With this, Dhoni became the first skipper in IPL to record 100 wins as the leader of a franchise.

CSK had been on a five-match losing streak against Mumbai, but after winning the match on Saturday, the Dhoni-led franchise finally gained a victory over the Rohit Sharma-led Mumbai Indians.