MS Dhoni returned to action during the opening match of IPL 2020 against Mumbai Indians after more than a year, ending the wait of millions of fans around the world. 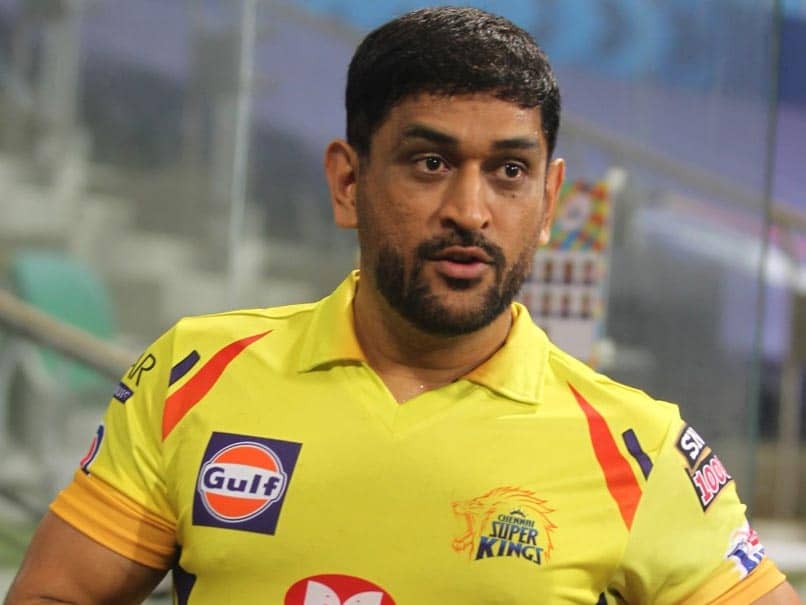 MS Dhoni returned to action during the opening match of IPL 2020, ending the wait of millions of fans around the world. MS Dhoni's wife Sakshi shared a picture on her Instagram story of Dhoni with a mic in hand after winning the toss against Mumbai Indians. In the picture, Dhoni was looking fitter than ever at the toss and his biceps caught the attention of the Murali Karthik who was present at the toss along with the match referee. Dhoni was sporting a new beard style and like many Sakshi was also impressed by Dhoni's new-look. Tagging him in her Instagram story, she wrote: "How handsome!". After CSK won the toss and opted to bowl, Karthik asked Dhoni how he utilised the time away from cricket during the lockdown to which he replied that he had the liberty to spend time to keep himself fit. He even praised all the team members for utilising the time well.

"Have the liberty during lockdown to spend time on yourself to keep fit. Have to applaud every member of the squad for utilising the time well," Dhoni said at the toss.

Dhoni, playing his first competitive game in more than a year, was present in the middle as Faf du Plessis hit the winning boundary as CSK defeated defending champions Mumbai Indians by five wickets to kick-start their IPL 2020 campaign.

It was Dhoni's first match since he announced his retirement from international cricket on August 15 and he looked as sharp as before. While he didn't have much to do with bat, his bowling changes and fielding placements were spot on and paid dividends throughout the game.

However, CSK fans would be hoping their favourite player gets to put those extra muscles to use in their next game against Rajasthan Royals at the Sharjah Cricket Stadium on September 22.

MS Dhoni IPL 2020 Sakshi Dhoni Cricket
Get the latest updates on India vs Australia Series, check out the India vs Australia Schedule for 2020-21 and Ind vs Aus live score . Like us on Facebook or follow us on Twitter for more sports updates. You can also download the NDTV Cricket app for Android or iOS.