Former India captain MS Dhoni's wife Sakshi had a few fun questions in store for daughter Ziva, which she answered with great confidence. 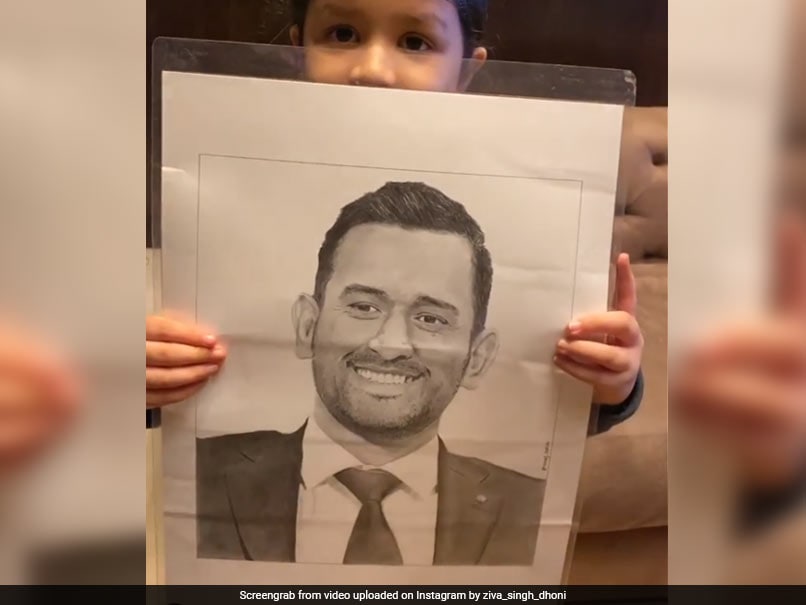 MS Dhoni will be leading the Chennai Super Kings in the upcoming edition of the IPL.© Instagram

Former India cricketer MS Dhoni's wife Sakshi had a few fun questions in store for daughter Ziva, as observed in a video posted on Ziva's official Instagram handle on Wednesday. "Papa's biggest fan," read the caption of the video. The video begins with Ziva holding a laminated portrait of MS Dhoni, where the player is suited up and is seen smiling. Sakshi began by asking her daughter about the identity of the man whose portrait she was holding. Ziva replied, "It's Papa". Sakshi responded by enquiring whether Ziva is sure it's MS Dhoni. The young girl confidently replied that it was "Mahendra Singh Dhoni". Sakshi followed it up with a final confirmation where she asked Ziva whether she was confident it was Papa. Ziva replied again with great composure. The video ended at this stage as Sakshi admitted defeat with a laugh.

MS Dhoni is currently in the United Arab Emirates (UAE) where he is training for the upcoming edition of the Indian Premier League (IPL).

Dhoni will be leading the Chennai Super Kings (CSK), having announced his retirement from international cricket on August 15.

CSK was the last franchise to begin training for the tournament following a spate of COVID-19 positive cases that resulted in an extended quarantine.

Veteran off-spinner Harbhajan Singh will not be a part of the squad for IPL 2020 due to personal reasons nor will be CSK's most capped player and highest scorer Suresh Raina.

CSK will take on defending champions Mumbai Indians in the opening clash of the 13th edition of the IPL on September 19.