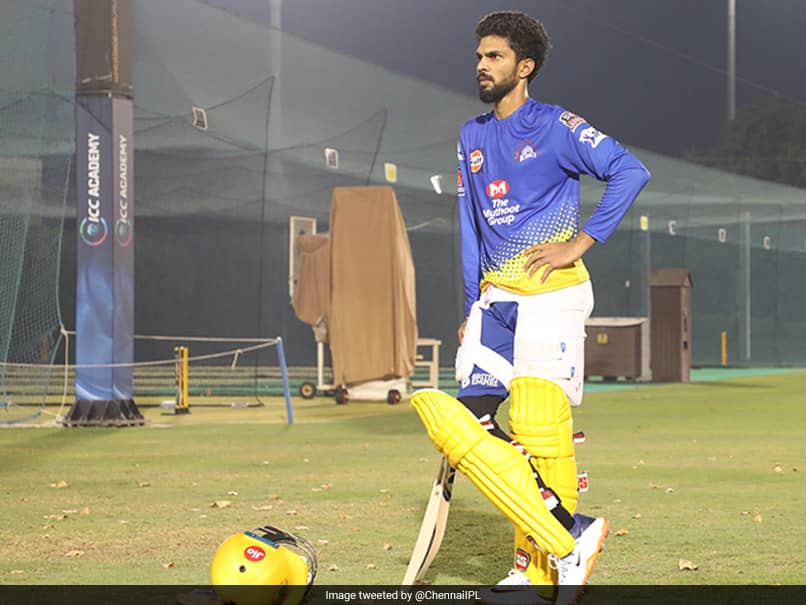 Ruturaj Gaikwad was in quarantine after testing positive for coronavirus last month.© Twitter

Chennai Super Kings' Ruturaj Gaikwad has joined the squad, the franchise announced on Monday. "The first thing you wanna see on a Monday morning. Look who's back! #Ruturaj #WhistlePodu," CSK tweeted while posting a picture of Gaikwad. The 13th edition of the Indian Premier League (IPL) began on Saturday in the UAE. The Chennai-based franchise made a winning start in the league as they secured a five-wicket win against Mumbai Indians in the opening match of the league.

The first thing you wanna see on a Monday morning. Look who's back! #Ruturaj #WhistlePodu #Yellove pic.twitter.com/GXYIMs1OBx

However, earlier CSK had a dodgy start to their campaign in the UAE as some members of the camp had tested positive for COVID-19 and the entire contingent had to quarantine themselves for longer than expected.

CSK are now gearing up for the next clash, scheduled to take place against Rajasthan Royals on Tuesday.

Chennai Super Kings Ruturaj Gaikwad IPL 2020 Cricket
Get the latest updates on IPL 2020, check out the IPL Schedule for 2020 and Indian Premier League (IPL) Cricket live score . Like us on Facebook or follow us on Twitter for more sports updates. You can also download the NDTV Cricket app for Android or iOS.