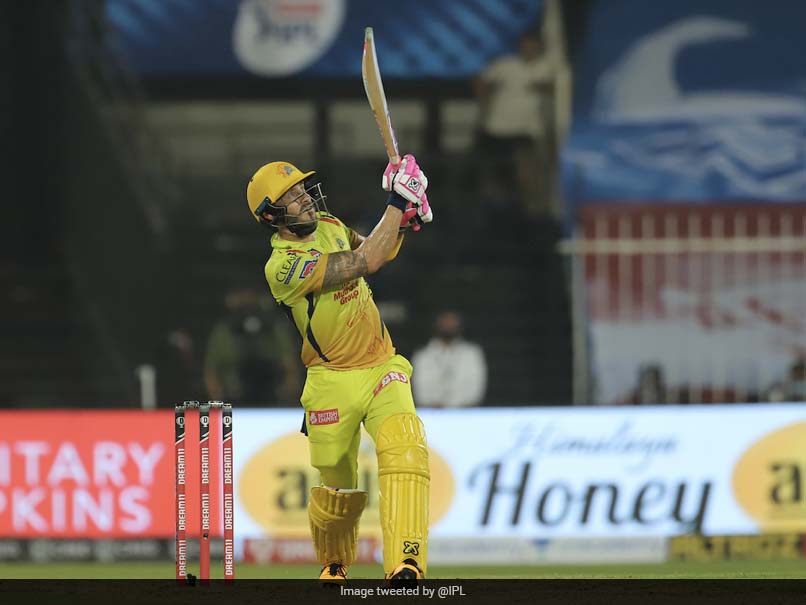 Chennai Super Kings' head coach Stephen Fleming has hinted that star batsman Faf du Plessis might open the batting in the upcoming games. Rajasthan Royals defeated CSK by 16 runs on Tuesday. However, Du Plessis played a blistering knock of 72 runs off 37 balls. He batted till the 19th over of the game and had revived his team's chase before Jofra Archer ended his stint at the crease.

Du Plessis' knock was studded with seven glorious sixes and one four. The right-handed batsman had also played a vital knock in CSK's opening IPL game against Mumbai Indians on Saturday.

With Ambati Rayudu and Dwayne Bravo injured and Du Plessis in tremendous form, Fleming hinted that the former South Africa skipper might get to open the batting for them in upcoming games.

"Yeah maybe keeping in mind we had a couple of injuries, like Ambati Rayudu today just before we left for the game. So we had to shuffle a little bit but it's early days. So we are just finding out how to drive this car," said Fleming while responding to ANI if Du Plessis can be seen opening the batting in upcoming games, during a virtual press conference.

"There could be some movement but right at the stage, we got yet another game in quick succession. We are playing three in six days. We gonna make sure we do not panic as we never do and take whatever positives we get out of this game," the coach added.

During the chase, Sam Curran, Ruturaj Gaikwad, and Kedar Jadhav came ahead of skipper MS Dhoni. Gaikwad, who came in place of injured Rayudu made a golden duck.

"We were expecting good things. MS (Dhoni) is a specialist towards the end of the innings, always has been. Curran was there to keep us ahead in the game. He has good hitting power and it was just the first game for Ruturaj," said Fleming.

"We just wanted to be aggressive. We got a long batting order and just try to use our resources smartly," he added.

CSK will next lock horns with Delhi Capitals on Friday, September 25.

MS Dhoni Stephen Fleming Cricket
Get the latest updates on ICC T20 Worldcup 2022 and CWG 2022 check out the Schedule, Live Score and Medals Tally. Like us on Facebook or follow us on Twitter for more sports updates. You can also download the NDTV Cricket app for Android or iOS.