Delhi Capitals beat SunRisers Hyderabad by two wickets in the last over of the Eliminator in Visakhapatnam on Wednesday. 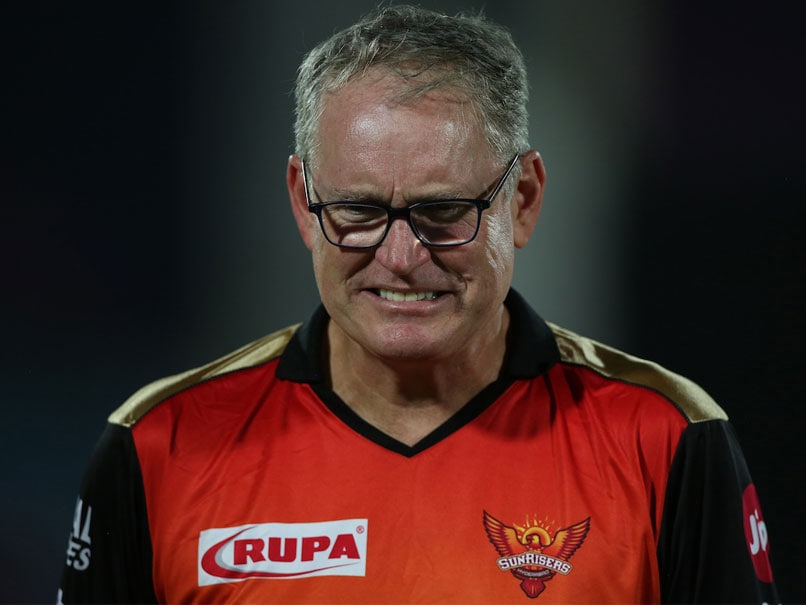 A clearly dejected Tom Moody could not hold back his tears.© BCCI/IPL

SunRisers Hyderabad (SRH) coach Tom Moody could not keep his emotions under control after his team was knocked out of the Indian Premier League (IPL) 2019 after a tense two-wicket loss to Delhi Capitals in Visakhapatnam on Wednesday. SunRisers Hyderabad, the first team to reach the top four with just 12 points in 14 games, were eyeing their second IPL title but their hopes were dashed by a rampaging Delhi Capitals side. A clearly dejected Tom Moody, the former Australia international, could not hold back his tears as SRH lost their fourth eliminator in the history of IPL.

Ishant Sharma led the charge with his two wickets while Keemo Paul returned figures of 3/32 in his four overs.

In reply, Prithvi Shaw and Rishabh Pant helped Delhi Capitals chase down their target of 163 in 19.5 overs to win the eliminator in Visakhapatnam.

"I knew it would be a tricky chase after the powerplay, with such totals there are small margins, we have been in a position of strength before and haven't nailed it, today was another such day, a little bit frustrating," Kane Williamson said after the loss.

"Warner and Bairstow were brilliant when they were here and they were prolific with the bat, we were without them for the last 2 or 3 games, but we still played very well despite missing them, just not quite getting across the line today," Williamson added.

Mumbai Indians, who made Sunday's final in Hyderabad after outplaying MS Dhoni's Chennai in the first qualifier, await the second finalist.

Delhi Capitals Tom Moody IPL 2019 Cricket Delhi Capitals vs Sunrisers Hyderabad, Eliminator
Get the latest updates on ICC Women's Cricket World Cup 2022 and IPL 2022, check out the Schedule , Live Score and IPL Points Table. Like us on Facebook or follow us on Twitter for more sports updates. You can also download the NDTV Cricket app for Android or iOS.