Khaleel Ahmed has found some strange ways to celebrate his wickets. 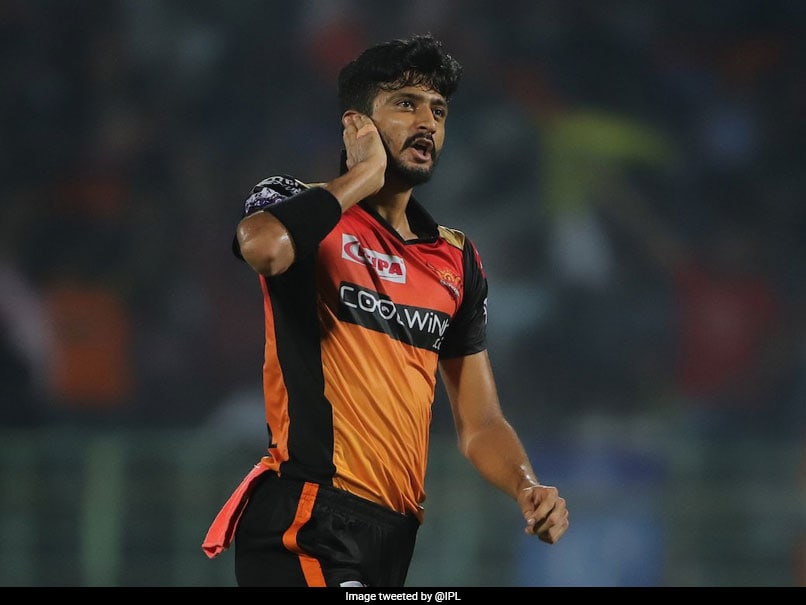 The Indian Premier League (IPL) has seen a lot of hilarious wicket celebrations over the years but Khaleel Ahmed's 'phone call' gesture surely takes the cake. During the IPL 2019 eliminator between SunRisers Hyderabad and Delhi Capitals, Khaleel dismissed Shreyas Iyer and well-set Prithvi Shaw in the same over and then came up with an interesting celebration. Khaleel enacted as if he was making a phone call. Some Twitter users think that Khaleel was trying to tell the selectors that he is around.

After the match, Kohli was caught on camera mocking Khaleel's wicket celebration as both players broke into laughter.

Coming back to the eliminator, blazing knocks from Rishabh Pant and Prithvi Shaw helped Delhi Capitals knock SunRisers Hyderabad out of IPL 2019 with a tense two-wicket victory on Wednesday.

Shaw hit a quickfire 56 while Pant smashed 49 off 21 balls as Delhi Capitals chased down their target of 163 in 19.5 overs to win the eliminator in Visakhapatnam.

Khaleel was handed over the responsibility of bowling the final over as Delhi Capitals needed just five runs off it. Khaleel finished with 2/24 from his 2.5 overs, ending his IPL 2019 with 19 wickets from 9 matches.

Mumbai Indians, who made Sunday's final in Hyderabad after outplaying MS Dhoni's Chennai Super Kings in the first qualifier, await the second finalist.

Delhi Capitals Khaleel Ahmed IPL 2019 Cricket Delhi Capitals vs Sunrisers Hyderabad, Eliminator
Get the latest updates on IPL Auction 2023 and check out  IPL 2023 and Live Cricket Score. Like us on Facebook or follow us on Twitter for more sports updates. You can also download the NDTV Cricket app for Android or iOS.