Shreyas Iyer and Kane Williamson shared a giggle, one of them more embarrassed than the other. Match referee Andy Pycroft burst out in laughter. 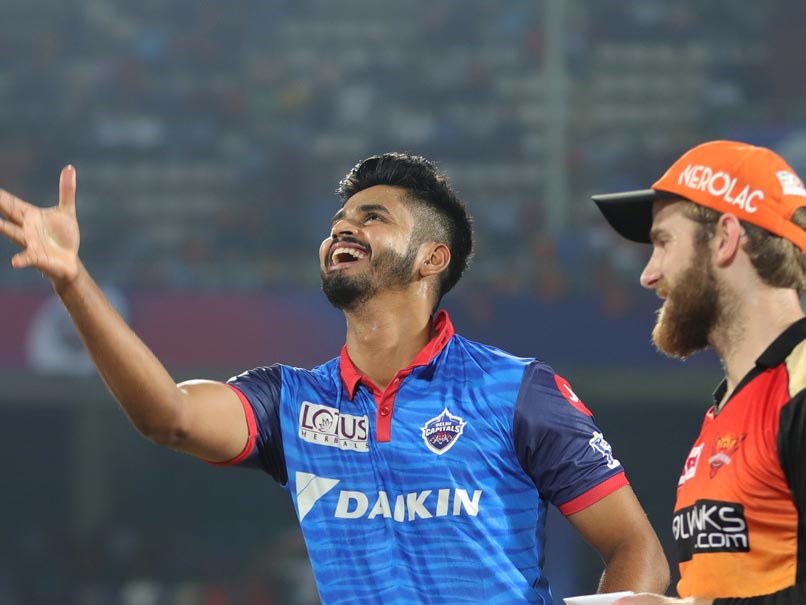 Sanjay Manjrekar had to interrupt the flip of the coin by Delhi Capitals (DC) skipper Shreyas Iyer at the toss before the Indian Premier League (IPL) Eliminator between DC and SunRisers Hyderabad (SRH) at the Dr YS Rajasekhara Reddy ACA-VDCA Cricket Stadium in Visakhapatnam on Wednesday. Iyer, standing with SRH captain Kane Williamson at the toss, jumped the gun before Sanjay Manjrekar had made the necessary introductions. Iyer flipped the coin before Manjrekar had finished his speech, prompting Manjrekar to hurtle forward in an attempt to catch the coin before it landed. The day was saved by Williamson, who showed alacrity in reading the situation and catching the coin even before Manjrekar.

The comic nature of the moment was not lost on anyone. Iyer and Williamson shared a laugh, one of them more embarrassed than the other. Match referee Andy Pycroft burst out in laughter too. Manjrekar, between giggles, said, "Let me do the ritual (first). Very eager to kick off."

Looking at the match referee, he then said, "That doesn't count, right?"

The 24-year-old Iyer has led the India 'A' team and has also had captaincy stints in regional T20 leagues, but he is the youngest among IPL captains.

Iyer won the toss when he was finally allowed to flip the coin after Manjrekar had completed his "ritual". The DC captain chose to send SRH in to bat first.

Whoever loses the match will have played their last match of the season while the winner will face Chennai Super Kings for a spot in Sunday's final against Mumbai Indians.

Speaking about his team's preparations for the high-stakes knockout match, Iyer said, "I believe everyone was enthusiastic in practice yesterday to come and perform, you saw that with how eager I was to flip the coin."

Kane Williamson IPL 2019 Cricket
Get the latest updates on ICC T20 Worldcup 2022 and CWG 2022 check out the Schedule, Live Score and Medals Tally. Like us on Facebook or follow us on Twitter for more sports updates. You can also download the NDTV Cricket app for Android or iOS.