Umpires asked Deepak Hooda to wait after the run out, but then gave him out, at Rishabh Pant's insistence. 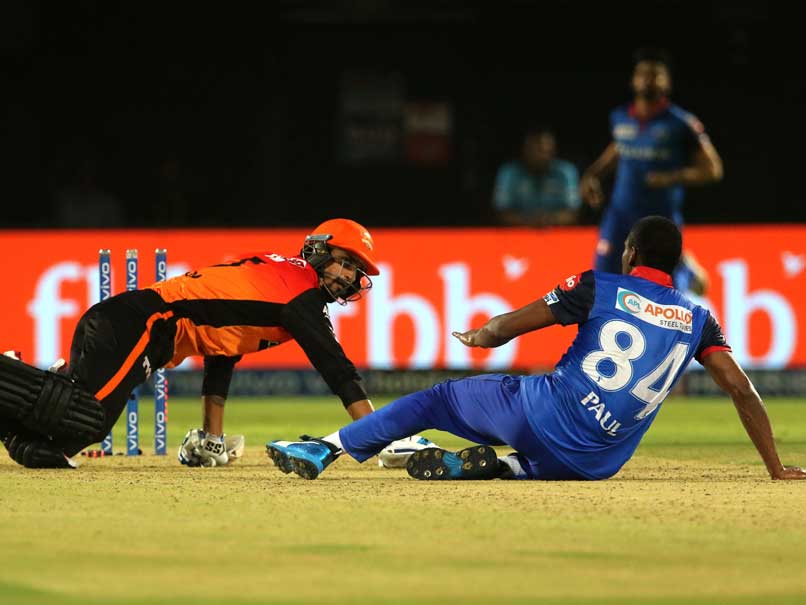 There was a moment of controversy in the Indian Premier League (IPL) Eliminator between SunRisers Hyderabad (SRH) and Delhi Capitals (DC) at the Dr YS Rajasekhara Reddy ACA-VDCA Cricket Stadium in Visakhapatnam on Wednesday over SRH batsman Deepak Hooda's dismissal. Hooda was run out by Rishabh Pant with a throw to the non-striker's end but what made the matter complicated was that Hooda collided with bowler Keemo Paul in the middle of the pitch and took a tumble. With the umpires asking Hooda to wait because of the questionable nature of the dismissal, DC skipper Shreyas Iyer seemed to agree to withdraw the appeal. However, Pant walked down to the umpires and convinced them that there could be no question of recalling the batsman.

The incident happened in the last over of the SRH innings, with Hooda just having come to the crease. Hooda missed a slower ball outside the off stump. Umpire S Ravi signalled a wide. Rashid Khan, the batsman on the non-striker's end, signalled for a bye and Hooda responded.

However, Hooda collided with Keemo Paul in the middle of his charge to the non-striker's end as Pant's throw hit the stumps.

With Hooda and Paul lying in a heap in the middle of the pitch with confused expressions, umpire S Ravi walked over to Shreyas Iyer and had a word. Iyer then seemed to signal to Hooda to not leave his crease, apparently withdrawing his team's run out appeal.

It was at this point that Pant walked down from his position behind the stumps, gesticulating that there could be no question that Hooda's wicket had been legitimately earned. Iyer, seemingly having a second thought at this point, had another word with S Ravi, after which Ravi went up to Hooda and told him he would have to go.

Sunrisers Hyderabad Shreyas Iyer Rishabh Pant Deepak Hooda IPL 2019 Cricket
Get the latest updates on ICC T20 Worldcup 2022, check out the Schedule and Live Score. Like us on Facebook or follow us on Twitter for more sports updates. You can also download the NDTV Cricket app for Android or iOS.