Rishabh Pant hit five towering sixes and two fours to put Delhi Capitals' chase back on track before falling in the penultimate over. 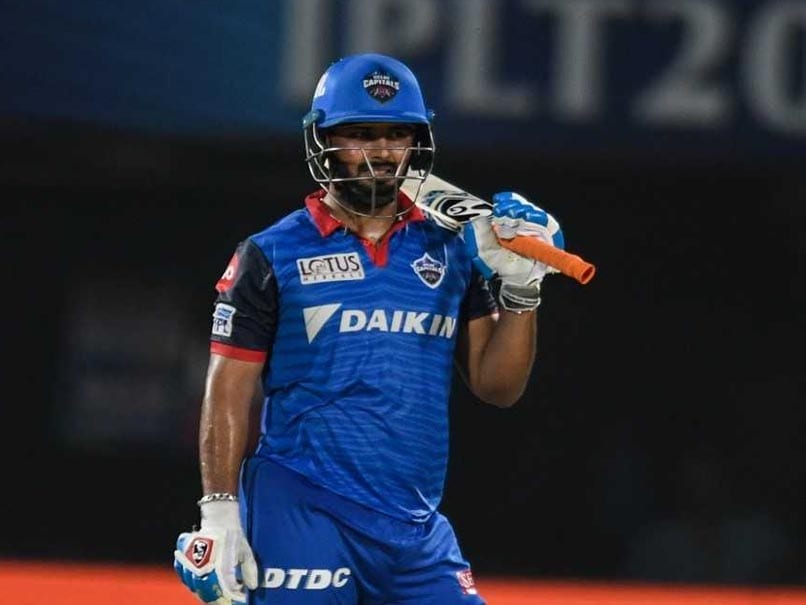 Rishabh Pant and Prithvi Shaw helped Delhi Capitals knock SunRisers Hyderabad out of the Indian Premier League (IPL) and move a step closer to the final with a tense two-wicket victory on Wednesday. Shaw hit a quickfire 56 while Pant smashed 49 off 21 balls as Delhi Capitals chased down their target of 163 in 19.5 overs to win the eliminator in Visakhapatnam. Following his blazing knock, Twitter could not help but ask why Rishabh Pant has not been included in India's 15-man World Cup 2019 squad. Some prominent names including former England captain Michael Vaughan and Bollywood actor Rishi Kapoor urged the Indian selectors to make the changes in the squad before the quadrennial event begins on May 30.

What a match. What a tournament @IPL is. Well played Delhi and exceptional knock from @RishabPant777 - The gamechanger #DCvSRH

Am firmly now in the Rishabh Pant fan club.

Absolutely insane from Pant to hole out like that with victory just a few runs away. Such self indulgence can prove costly in this match. Also sends wrong signal to selectors

Why is Rishabh Pant not in the squad for the World Cup? You there? @RaviShastriOfc @imVkohli

Rishabh Pant hit five towering sixes and two fours to put Delhi Capitals' chase back on track before falling in the penultimate over.

"If you are set on a wicket like this, you have to finish the match for your team. I took it very close, but next time I will finish it for the team," Rishabh Pant said after the match.

"Today, that was special because I didn't try to hit the ball too hard. I was just watching the ball, and I was trying to time the ball."

Mumbai Indians, who made Sunday's final in Hyderabad after outplaying MS Dhoni's Chennai Super Kings in the first qualifier, await the second finalist.

Sunrisers Hyderabad Rishabh Pant IPL 2019 Cricket Delhi Capitals vs Sunrisers Hyderabad, Eliminator
Get the latest updates on ICC T20 Worldcup 2022, check out the Schedule and Live Score. Like us on Facebook or follow us on Twitter for more sports updates. You can also download the NDTV Cricket app for Android or iOS.