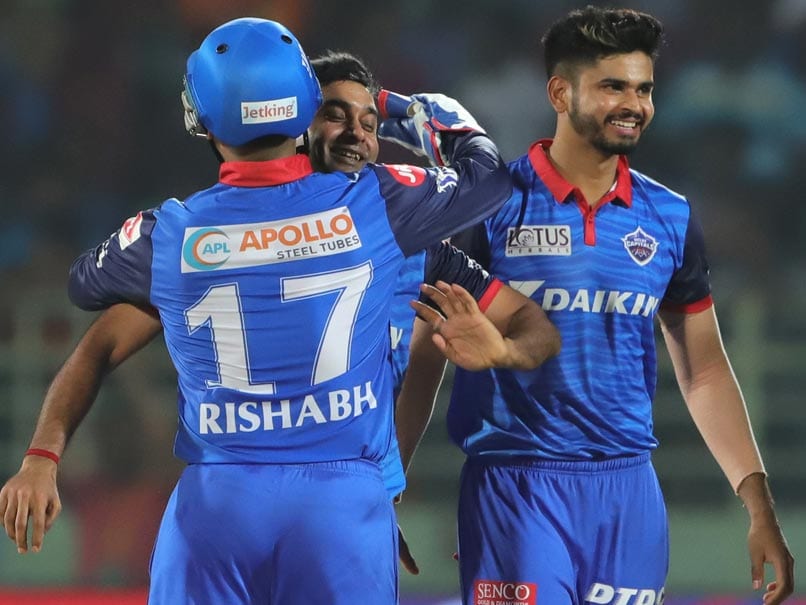 "I can't express my emotions. It felt like I have been sitting and watching for years when it came to the last two years. I could see the happiness on everyone's faces. Hoping for another one against Chennai. Looking forward to the next game," Iyer said at the post-match presentation.

Chasing a target of 163, Delhi Capitals, who had lost the way after a blazing start, were brought to cusp of victory by young Pant, who smashed 49 off 21 balls with five sixes as West Indies' Paul finished it off the penultimate ball of the innings with a boundary off Khaleel Ahmed.

Lauding 36-year-old leg-spinner Amit Mishra, Iyer said: "The start they got was really good on this track. We controlled in the middle phase. Mishi pa (Amit Mishra) was exceptional as he conceded only 15 runs. The other bowlers did well to bowl economically."

"I personally feel you can't really control them (on Pant and Prithvi). When you stop a batsman like Pant or Prithvi, it hampers their mind and their flow. It was good that both of them came good tonight," the Delhi skipper added.

Delhi Capital now face CSK in the second Qualifier, at the same venue on Friday, in their bid to make it to the maiden IPL final against Mumbai Indians.

Sunrisers Hyderabad Shreyas Iyer Rishabh Pant Amit Mishra Prithvi Shaw IPL 2019 Cricket
Get the latest updates on ICC T20 Worldcup 2022 and CWG 2022 check out the Schedule, Live Score and Medals Tally. Like us on Facebook or follow us on Twitter for more sports updates. You can also download the NDTV Cricket app for Android or iOS.