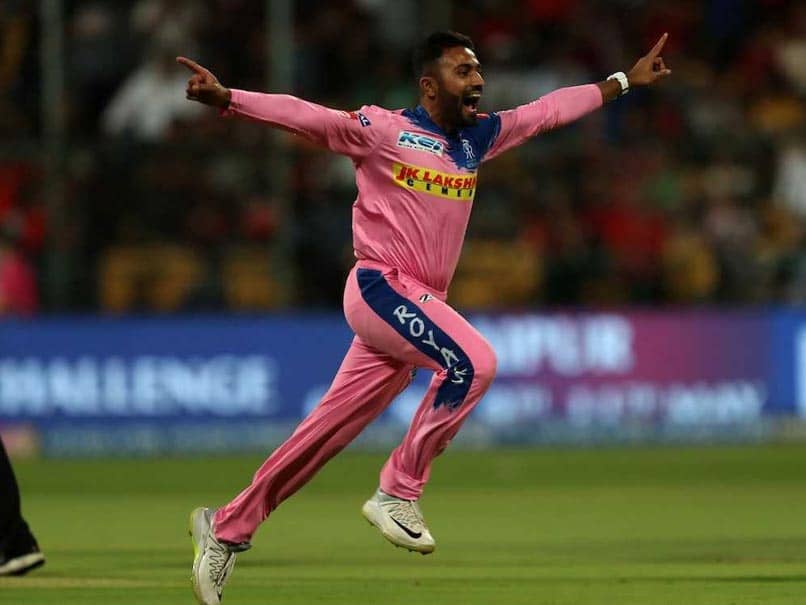 Rajasthan Royals' (RR) Shreyas Gopal on Tuesday became the second bowler to claim a hat-trick in IPL 2019 after Kings XI Punjab's Sam Curran. The leg-spinner's hat-trick against Royal Challengers Bangalore (RCB) at the M. Chinnaswamy Stadium restricted the Virat Kohli-led side to 62/7 in five overs in a rain-curtailed match. Gopal, who plays for Karnataka in domestic cricket, dismissed key batsmen Virat Kohli, AB de Villiers and Marcus Stoinis. Earlier, in their fixture in Jaipur, Gopal had dismissed Kohli and De Villiers and was adjudged the player of the match that RR won by seven wickets.

Gopal was elated to dismiss RCB's two premier batsmen (Kohli and De Villiers) for the second time in IPL 2019.

"I had a lot more nerves than what they would have had against me. It feels good to be getting them out," Gopal said at the post-match press conference.

"Unfortunately for us, we didn't cross the line and didn't fall on the winning side. We still don't know how things are in the (points) table. But it feels good to take those wickets in whatever overs that we had. I am pretty happy about that," he added.

The match was abandoned after rain came calling again when the visitors were 41-1 after 3.2 overs during their chase.

The result of Tuesday's match meant while RCB have been knocked out of the tournament, the equation has become even tougher for Rajasthan to make it to the playoffs.

Rajasthan Royals, with 11 points, will have to win their final encounter at any cost and also hope for favourable results in other matches in order to make it to the playoffs.

RR, without their skipper Steve Smith, will next take on Delhi Capitals at the Feroz Shah Kotla Stadium on Saturday.