Virat Kohli's fortunes did not change at his home ground as he lost yet another toss in the IPL 2019. 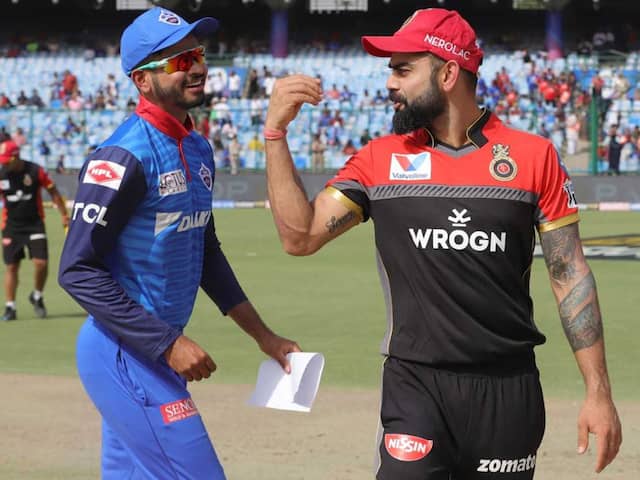 Virat Kohli showed he is a sport with a brilliant gesture.© BCCI/IPL

Virat Kohli's fortunes did not change at his home ground as he lost his ninth toss from 12 matches when Delhi Capitals (DC) hosted Royal Challengers Bangalore (RCB) at the Indian Premier League (IPL) 2019 on Sunday. After he made the wrong call, Shreyas Iyer opted to bat and while he was in conversation with Anjum Chopra in the middle, Kohli proved he is a sport and celebrated the moment. The RCB skipper made a nine sign with his fingers and then pumped up his fist.

The capital franchise posted 187 for five in 20 overs after opting to bat. Shikhar Dhawan (50) and Iyer (52) played brilliant individual knocks to help the hosts post a challenging total.

The home team reached to 88/1 at the halfway mark as the duo shared a 68-run stand and looked to set a huge target.

However, there was a shift in momentum as Yuzvendra Chahal, who was the pick of the bowlers, dismissed Dhawan as he tried to reach out and sweep the ball in the 13th over. The spinner than dismissed danger man Rishabh Pant for 7 in his next over.

Delhi then lost wickets of Iyer and Colin Ingram (11) in quick succession.

The Bangalore franchise, who have won three matches on a trot, must win all their remaining matches to stay alive in the lucrative T20 tournament.