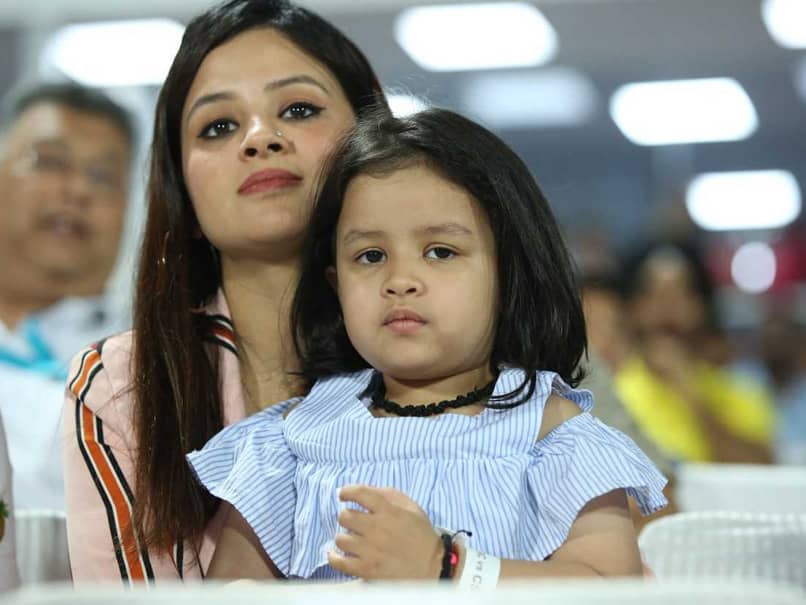 Ziva Dhoni is also a star in her own right.© BCCI/IPL

MS Dhoni might be the most-followed cricketer in India but his daughter Ziva is also a star in her own right. MS Dhoni took Chennai Super Kings over the finish line against Delhi Capitals in an Indian Premier League 2019 match in Delhi on Tuesday, but it was Ziva, born in 2015, who stole the show. In different videos posted by the Indian Premier League and Chennai Super Kings on their official Twitter handles, Ziva could be seen shouting "Go Papa" from the Feroz Shah Kotla stands.

In a chase of 148, the defending champions were led by a blistering 26-ball 44 from Shane Watson before MS Dhoni's watchful 32 sealed their six-wicket win over Delhi Capitals.

In spite of a patient fifty from Shikhar Dhawan and cameos from Prithvi Shaw (24 from 16 balls) and Rishabh Pant (25 from 13 balls), Delhi Capitals posted a modest total of 147/6 after opting to bat.

In reply, Watson hit four fours and three sixes to give Chennai's innings a strong platform. When he departed to Amit Mishra in the seventh over, Chennai were well positioned on 73/2.

"The wicket turned more than expected in the first innings. In the second innings there was enough dew to make it slightly better for the batsmen. The bowlers did a very good job to restrict them to 150," Dhoni said after the win.

Chennai Super Kings' next game will be against Rajasthan Royals at the MA Chidambaram Stadium, Chennai on Sunday.

MS Dhoni IPL 2019 Cricket Delhi Capitals vs Chennai Super Kings, Match 5
Get the latest updates on IPL 2021, IPL Points Table , IPL Schedule 2021 , live score . Like us on Facebook or follow us on Twitter for more sports updates. You can also download the NDTV Cricket app for Android or iOS.