MS Dhoni is making the most of his time off from national duty, spending some quality time with daughter Ziva Singh Dhoni. 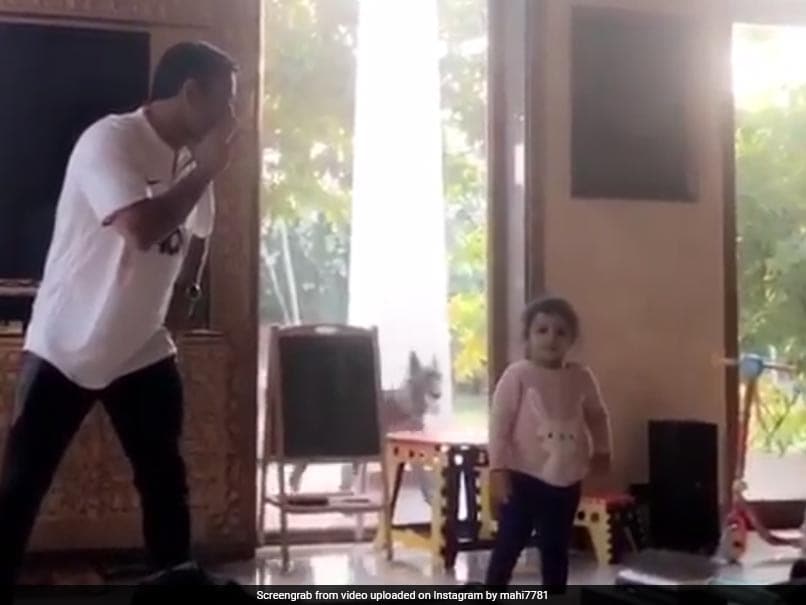 MS Dhoni and Ziva danced their hearts out in a new video.© Instagram

MS Dhoni is making the most of his time off from national duty, spending some quality time with daughter Ziva Singh Dhoni. MS Dhoni has been quite active on social media in the past couple of weeks, uploading videos of time spent with Ziva. In the latest Instagram video, Dhoni put on his dancing shoes and with Ziva teaching her father some of her dance moves. To his credit, Dhoni, wearing a Manchester United jersey, manages to copy Ziva's moves.

"Even better when we are dancing", the video was captioned.

Even better when we are dancing @zivasinghdhoni006

Earlier, Dhoni had also uploaded a video where the father-daughter duo were heard conversing in Tamil and Bhojpuri and like the other videos, this one also struck a chord with his fans and was a major hit.

Left out of the Indian T20I team for the ongoing Australia tour, both Dhoni and Hardik Pandya attended Bollywood star Ranveer Singh and Deepika Padukone's wedding reception in Mumbai.

Dhoni, who was accompanied by wife Sakshi Dhoni, stole the limelight with his bromance with the India all-rounder.

After Sakshi moved out of the frame, shortly after being asked by the photographers for a pose, Dhoni invited Hardik to take his arm in a funny moment.

Dhoni, the only captain in the history of cricket to win three ICC trophies, recently won the JSCA Country Cricket Club Tennis Championship in Ranchi. Dhoni took part in the men's doubles category with a local tennis player Sumit Kumar and won the final 6-3, 6-3 in straight sets.