MS Dhoni was left out for the Twenty20 International (T20I) squads for the series against Windies and Australia. 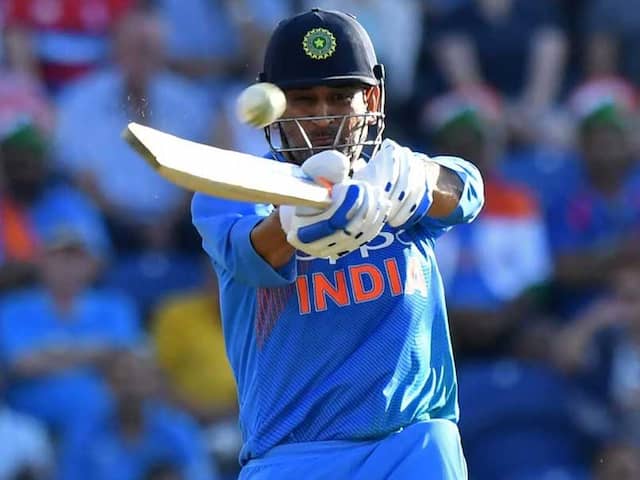 MS Dhoni has an experience of 93 T20Is under his belt.© AFP

MS Dhoni, being excluded from the Twenty20 International (T20I) squads for the Windies and Australia series, opened up a lot of speculations over his future in the cricket fraternity. However, Stephen Fleming, who coached the MS Dhoni-led Chennai Super Kings (CSK) in the Indian Premier League (IPL) recently backed the former Indian skipper to play in the 2019 World Cup. The former New Zealand skipper Fleming, was of the opinion that Dhoni's strength is immeasurable and he (Dhoni) looks forward to perform at the big stage.

"I think India have enough options within their squad to include Dhoni because his strength is immeasurable. Watching him in the last IPL, his batting was as good as it has been," Fleming told Gulf news.

"He needs to have the confidence to go and play like that in the One Day Internationals and I think the big stage is something he is looking forward to," the 45-year-old added.

The selection committee led by MSK Prasad had said that Dhoni, the 2007 World T20-winning skipper, has been "rested" and India are now looking to fill in the second wicketkeeper's slot.

But when asked if Dhoni's career in T20s is over, MSK Prasad said, "Not yet".

"We want to try out other keepers for the second keeper's slot," said Prasad.

However, with the 50-over squad yet to be announced for the series Down Under, it still remains to be seen if Dhoni will be a part of touring side.

A veteran of 93 T20Is, Dhoni has 1487 runs in the format at a strike rate of 127.09. The only T20Is left in the next six months is a three-game series against New Zealand, which is scheduled in February.

MS Dhoni Stephen Fleming Cricket
Get the latest Cricket news, check out the India cricket schedule, Cricket live score . Like us on Facebook or follow us on Twitter for more sports updates. You can also download the NDTV Cricket app for Android or iOS.