MS Dhoni was left out of the Indian team for the recently concluded T20I series in Australia. 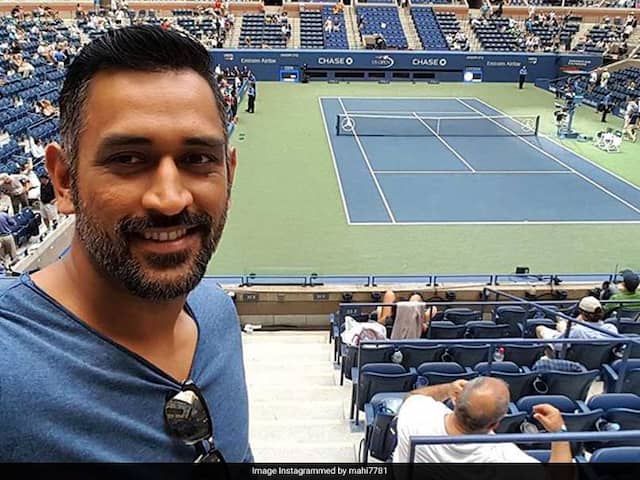 MS Dhoni could make a comeback in the three-match ODI series against Australia.© Instagram

MS Dhoni, who was recently left out of India's T20 International series in Australia, was spotted playing tennis at the Jharkhand State Cricket Association (JSCA) International Cricket Stadium in Ranchi on Tuesday. The 37-year-old was seen wielding the tennis racquet during a visit to his hometown, Ranchi. Within no time, the crowd gathered around the former India captain and some of his fans flooded social media with his pictures. Dhoni's love for sports is not hidden from anyone. He played football as a goalkeeper in childhood days and is usually spotted enjoying most sports.

The 2007 World T20-winning captain was rested for the recently concluded T20I series against West Indies at home and Australia. While India registered a 3-0 clean sweep at home, under the captaincy of Rohit Sharma, the Virat Kohli-led team managed to draw the T20I series 1-1 in Australia.

When India last toured Australia for a three-match T20I series in 2015, it was Dhoni who led them to a 3-0 clean sweep victory in tough overseas condition. 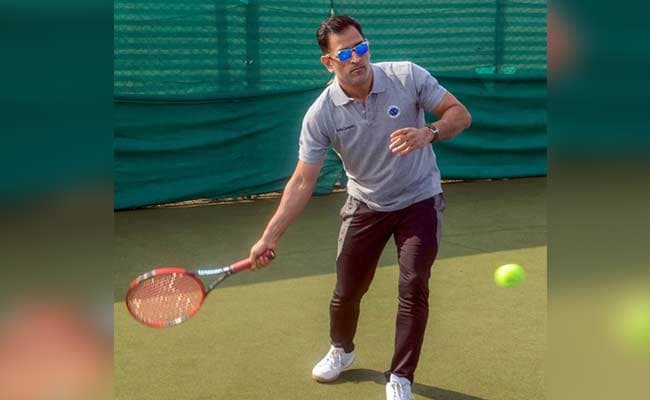 In the absence of Dhoni, Rishabh Pant kept the stumps for India during the Australia T20Is. The 21-year-old left-handed batsman couldn't impress much and managed to score just 20 runs in the three-match series.

However, this isn't the end of the road for the 2011 World Cup-winning captain as Virat Kohli had shown his faith in Dhoni well ahead of the start of the T20I series.

"I was not part of that conversation so.. It is what the selectors explained. I think people are putting too much variables into the situation, which is not the case I can assure you of that. He's still a very integral part of this team and he just feels that in the T20 format, someone like Rishabh can get more chances," he added.

Dhoni could make a comeback in the three-match ODI series against Australia, starting January 12, 2019, as it will help India prepare for the Cricket World Cup, to be hosted by England and Wales next year.

MS Dhoni Cricket Tennis
Get the latest Cricket news, check out the India cricket schedule, Cricket live score . Like us on Facebook or follow us on Twitter for more sports updates. You can also download the NDTV Cricket app for Android or iOS.