Jaydev Undakat was sold for Rs. 8.40 crore to Rajasthan Royals in the IPL 2019 auction but didn't deliver on par with the figure. 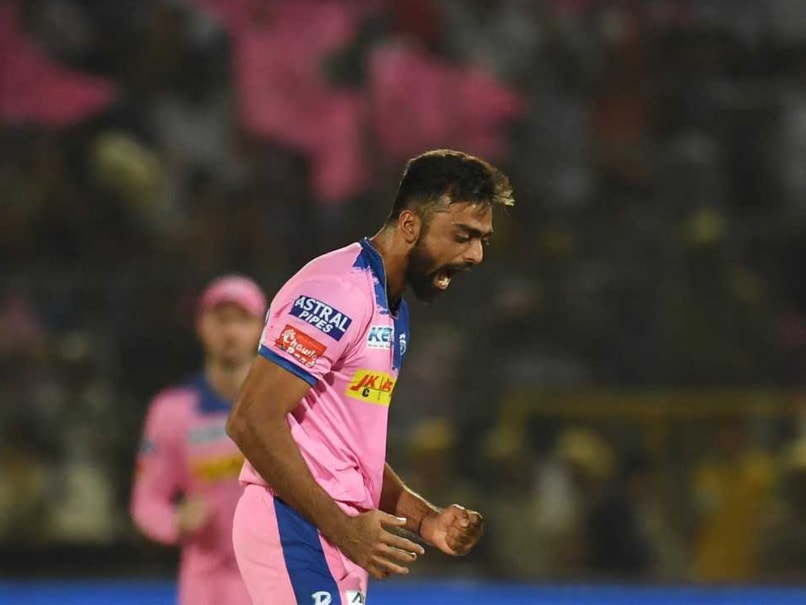 Rajasthan Royals emptied their pockets to close the final bid for Jaydev Unadkat at Rs. 8.40 crore in the Indian Premier League (IPL) 2019 auction. The Saurashtra pacer was bought by the Jaipur franchise following his prolific run in the domestic season but Unadkat failed to make his performance count in the IPL 2019, drawing severe criticism by fans on social media. Unadkat broke his silence on Sunday as he took to Twitter and vowed to come back stronger. He also enlightened fans that his comeback has always been stronger after every downfall he faced in his career.

To the real fans, people who really love the game and not those who are "schadenfreude" (those who seek pleasure in others' humiliation and misfortune or pain), I am sorry to let you guys down with the expectations you had after a great domestic season & the form that I was in..

..For the records, I have been able to comeback stronger from every downfall that I have had in my career since that 1st test-match I played when I was 19! I will do that once again. Introspect, Learn and Improve! A game of small margins from here on and I shall close them down!

His tweet received mixed reactions from fans, with some supporting him and others further criticising the pacer for his poor run in the IPL 2019.

Unadkat featured in 11 matches for the Rajasthan Royals in the IPL 2019. But his dismal performance saw him claim only 10 wickets. The 27-year-old's best bowling figures of 2/26 in the season was also not an impressive one.

The Gujarat-born player's best bowling performance came in the IPL 2017, where he found rhythm to scalp 24 wickets, with the best bowling figures of 5/30.

Unadkat has played a total of 73 IPL matches. He has a bowling average of 28.46 and an economy rate of 8.73, with two five-wicket hauls to his name.

Jaydev Unadkat IPL 2019 Cricket
Get the latest updates on Fifa Worldcup 2022 and check out  Fifa World Cup Schedule, Stats and Live Cricket Score. Like us on Facebook or follow us on Twitter for more sports updates. You can also download the NDTV Cricket app for Android or iOS.