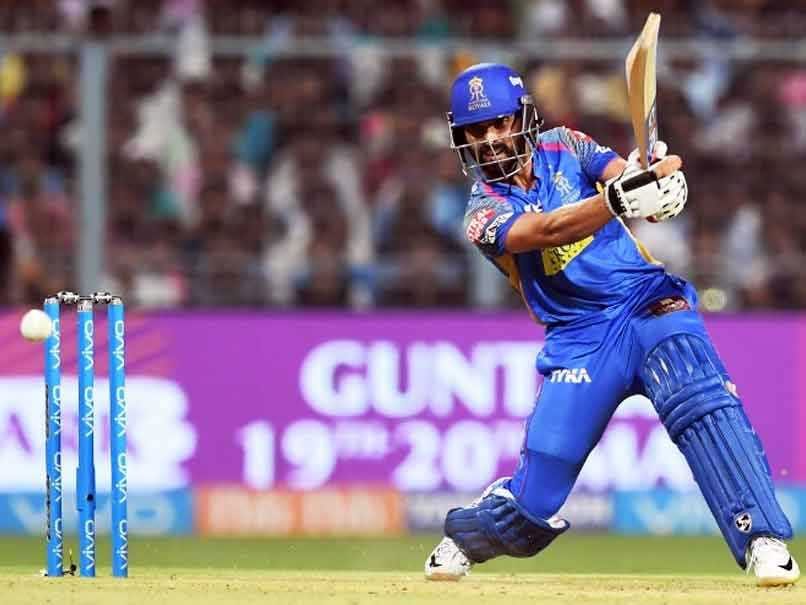 IPL Auction 2019 & RR 2019 Players: Ajinkya Rahane is the captain of Rajasthan Royals in the IPL.© AFP

Jaydev Unadkat became the most expensive pick at the Indian Premier League (IPL) for a second consecutive year. Rajasthan Royals bought the left-arm pacer for a whopping Rs 8.4 crore after releasing him well before the auction, which concluded in Jaipur on Tuesday. Rajasthan Royals, the winners of the inaugural edition of the IPL, picked up eight more players in the auction along with Unadkat.

India fast bowler Varun Aaron made his way to Rajasthan Royals for Rs 2.4 crore, while the Windies' Oshane Thomas was added to the pace unit for Rs 1.1 crore.

Uncapped Shashank Singh bagged a Rs 30 lakh deal, while Manan Vohra and Riyan Parag were bought by Rajasthan for Rs 20 lakh each.

Ajinkya Rahane Cricket IPL 2019
Get the latest updates on India vs South Africa and check out  Schedule, Results and Live Score. Like us on Facebook or follow us on Twitter for more sports updates. You can also download the NDTV Cricket app for Android or iOS.