IPL 2019: Delhi Capitals - Five Players To Watch Out For

Delhi Capitals is the new avatar of the erstwhile Delhi Daredevils. 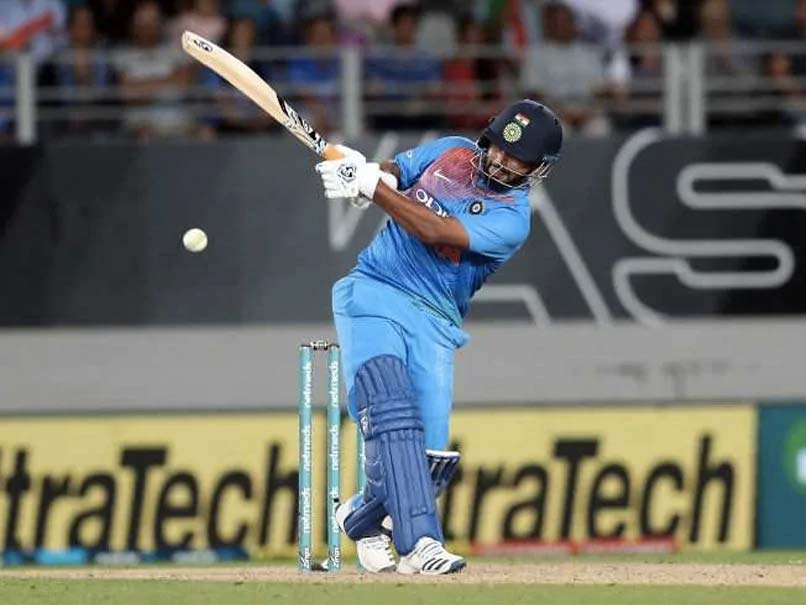 Rishabh Pant was the second highest run-getter in the 2018 IPL, only behind Kane Williamson© AFP

The Delhi franchise will take part in IPL 2019 under a new name, Delhi Capitals. The team will compete in the 12th season of the Indian Premier League under the guidance of head coach Ricky Ponting, assistant coach Mohammad Kaif, bowling coach James Hopes and captain Shreyas Iyer. Under their previous guise, Delhi Daredevils, the franchise underperformed time and again. The Delhi franchise has never appeared in an IPL final and last qualified for the IPL playoffs in 2012. However, with a change of identity and some fresh faces, the team will be hoping for a change in fortunes this season.

Here are the five Delhi Capitals players to watch out for in IPL 2019:

The 21-year-old wicketkeeper-batsman is arguably among the best young talents in the world currently and has impressed massively since making his international debut. While he has not got many opportunities in the 50-over format till off late, Pant has become a key player for India in Tests and T20Is. The youngster has been impressive in IPL as well, scoring 1,248 runs in 38 matches at an average of 35.66 and a strike rate of 162.71.

Pant made is IPL debut in 2016, playing 10 matches for the Delhi franchise and in 2017 he played 14 matches, scoring a total of 366 runs. Pant was one of the three players retained by the Daredevils ahead of the IPL 2018 auction and the swashbuckling left-hander repaid the trust shown in him with some exceptional performances. Pant was the second highest run-getter in the 2018 season, behind Kane Williamson. He scored 684 runs in 14 matches at an average of 52.61 and a sensational strike rate of 173.60.

Pant's exploits included the fastest T20 century by an Indian. His 32-ball ton for Delhi put him behind only Chris Gayle, who reached the landmark in 30 balls.

Team India opener Shikhar Dhawan will not be seen in SunRisers Hyderabad colours in the upcoming IPL after deciding to return to Delhi, with whom he made his IPL debut in 2008. In exchange for Dhawan, Delhi traded all-rounder Vijay Shankar, spinner Shahbaz Nadeem and the young Abhishek Sharma to SunRisers.

Dhawan was with Sunrisers since 2013, becoming their leading run-getter with 2,768 runs in 91 matches. Delhi will be hoping that Dhawan's arrival will help turn around the team's substandard performances with the bat last season.

Shreyas Iyer was thrust into the spotlight last season after Gautam Gambhir failed to galvanize the Delhi team. Out went the former India opener, with the management handing over the reins of the team to the 25-year-old.

Iyer, who had earned the Emerging player award in his debut season in 2015, was retained by Delhi ahead of the 2018 auction. With the bat in hand, Iyer had a decent outing in the 2018 season, scoring a total of 411 in 14 matches at an average of 37.36 and a strike rate of 132.58. He had four half-centuries to his name, including a sensational knock of 93 not out.

During the 2018 auctions, Sandeep Lamichhane made history by becoming the first Nepali cricketer to play in the Indian Premier League. He was a surprise buy for the Daredevils, who splashed out Rs 20 lakh for leg spinner. The teenager impressed on his debut, taking one wicket for 25 from his four overs, opening the attack with his leg-spin for Delhi Daredevils against Royal Challengers Bangalore.

He played three matches for the Daredevils last season, taking a total of five wickets at an economy rate of 6.83. After IPL, Lamichhane went on to play in the Caribbean Premier League for St Kitts and Nevis, taking seven wickets at an average of 15.14 in five games. Following that, the Nepalese cricketer took his talents to the Big Bash League in Australia and impressed for the Melbourne Stars, scalping 11 wickets in just six matches at an economy rate of 6.83.

Trent Boult, New Zealand's strike bowler, will be Delhi's trump card in the IPL 2019. Delhi had splashed Rs 2.20 crore in the 2018 auctions for the pacer and Boult more than repaid the faith by being one of the bright spots in an under-performing team. The left-arm fast bowler was fifth highest wicket-taker last season, with 18 scalps in 14 matches.

Boult was the standout performer for New Zealand in the recently-concluded ODI series against India. The 29-year-old was the top wicket-taker with 12 wickets in five matches in a series where hosts New Zealand were thrashed 4-1 by the visitors.

Trent Boult Shreyas Iyer Sandeep Lamichhane IPL 2019 Cricket
Get the latest updates on T20 World Cup, check out the T20 World Cup Schedule and Live Score . Like us on Facebook or follow us on Twitter for more sports updates. You can also download the NDTV Cricket app for Android or iOS.